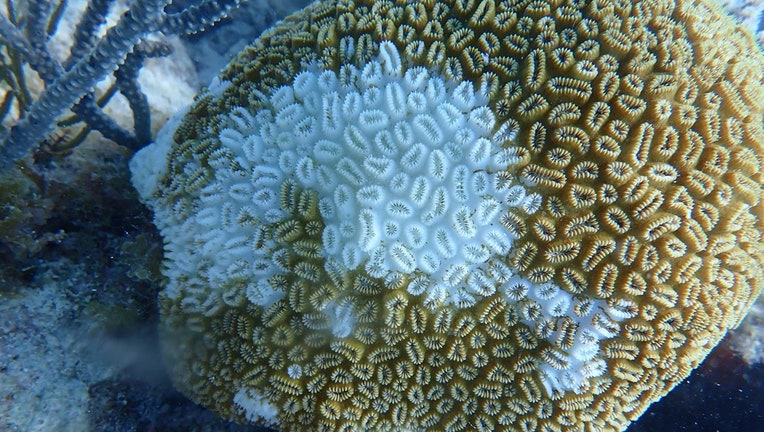 KEY WEST, Fla. - A devastating, water-borne disease has found its way to the last remaining area of Florida’s Coral Reef that, until now, had no reports of the Stony Coral Tissue Loss Disease.

The Dry Tortugas National Park reported Wednesday that the disease has been found on corals within this remote area, located almost 70 miles west of Key West.

"Until now, Dry Tortugas National Park was the only remaining section of Florida’s Coral Reef to not show signs of the disease," said Pedro Ramos, superintendent of Everglades and Dry Tortugas national parks., adding that the discovery was made on May 29.

The national park’s Coral Response team noticed white lesions on some of the coral, and began applying an antibiotic paste to the infected corals. 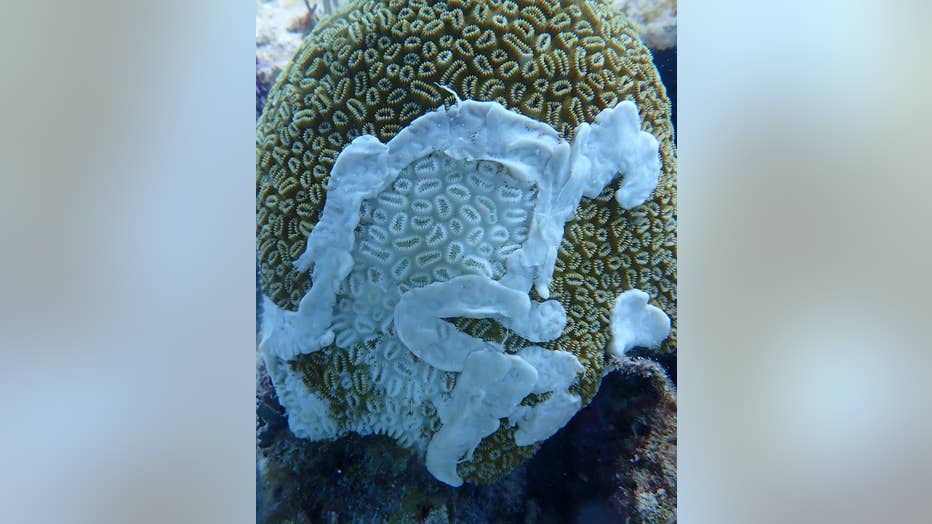 They said it appears the disease is concentrated near the southeastern portion of Dry Tortugas, about 2.5 east from Fort Jefferson, located on Garden Key.

During a survey on May 6, they said there was no evidence of the coral disease, so experts said they believe they intervened early enough.

"While the situation is urgent," according to a statement, "everyone can still do their part to save this incredibly important ecosystem. Corals are resilient when given the chance to recover. Even taking small actions, such as changing to a reef-safe sunscreen or disposing of trash properly to reduce marine debris, can go a long way."

The Stony Coral Tissue Loss Disease was first reported in 2014 off the coast of Miami-Dade County. Ever since, the disease has spread to reefs in Florida and the Caribbean, according to the Florida Department of Environmental Protection.

The Florida Aquarium has been breeding grooved brain corals that were rescued from a disease outbreak near the Florida Keys.

The disease reveals itself as white patches on coral where it begins to consume the live coral tissue. The cause of the disease is still unknown, but officials said bacteria likely plays a role as antibiotic treatments have been effective over the years.

Besides the treatment, coral reef experts have been trying to find ways to save the ecosystem, including coral breeding and planting coral fragments. Reefs are crucial, especially in Florida. They protect our coasts and maintain the ecosystem underwater which has a ripple effect on the state's fishing and tourism industries.

MORE: The Florida Aquarium reproduces another coral species, and it's all captured on video

Most recently, The Florida Aquarium announced – after three years – they successfully cross-bred grooved brain corals from two different locations. Those corals were previously rescued from the tissue loss disease.