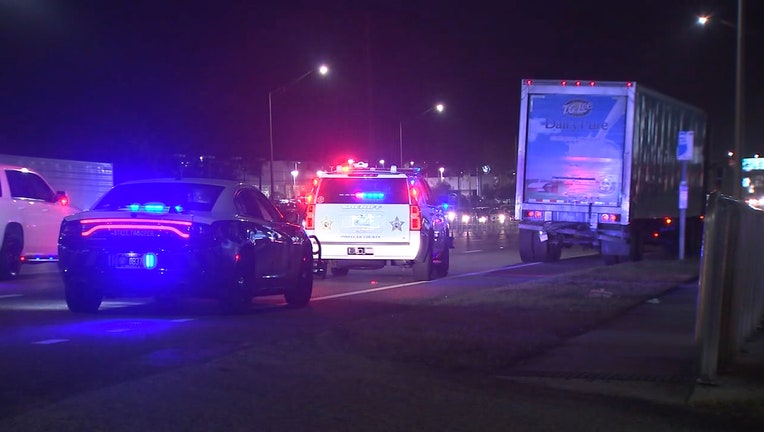 According to the Florida Highway Patrol, the crash between a Nissan sedan and a dairy semi-truck happened around 5:20 a.m. Investigators said the driver of the Nissan, a 23-year-old man from Holiday, was heading north in the inside lane, behind the tractor-trailer. 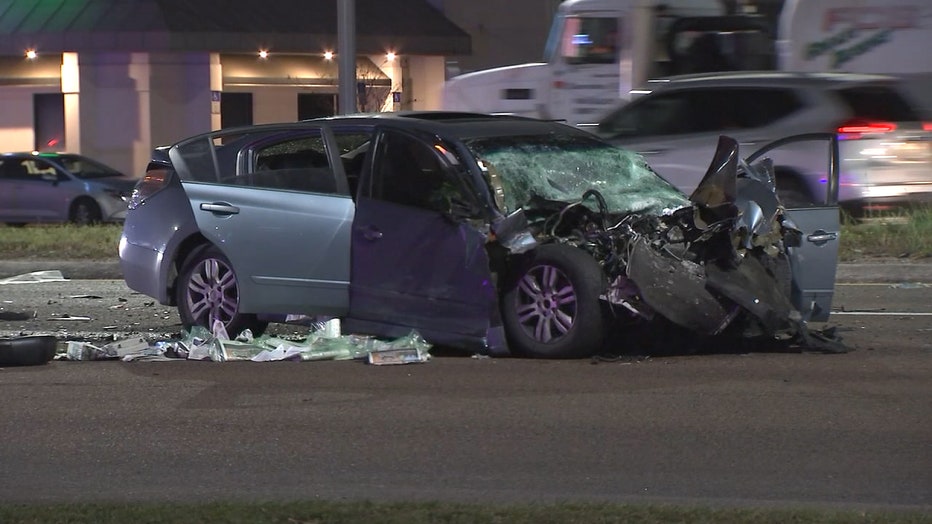 Troopers said the Holiday man overtook the truck for an "unknown reason" and collided with the rear of the trailer.

The driver of the Nissan was taken to a hospital and passed away. Troopers have not said whether there were additional injuries. 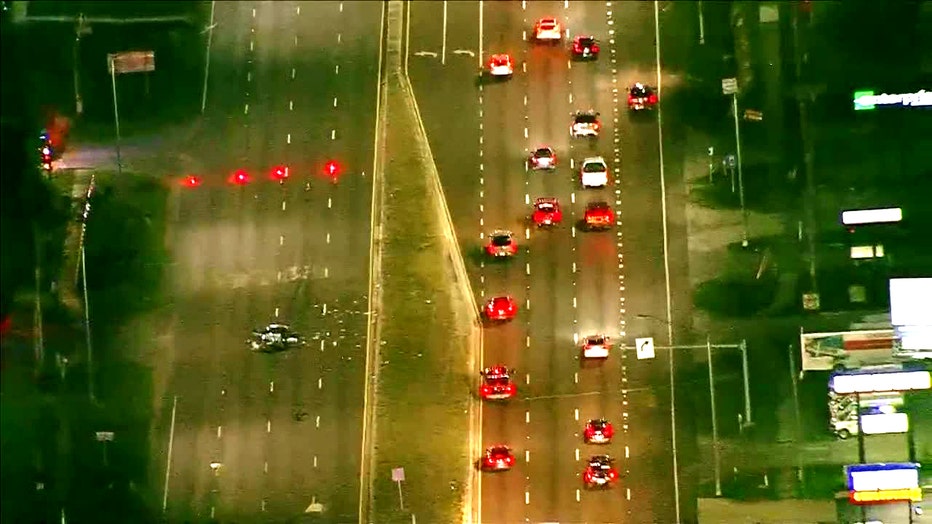 The view from SkyFOX shows all lanes are shut down. One damaged vehicle was seen with debris scattered across lanes. 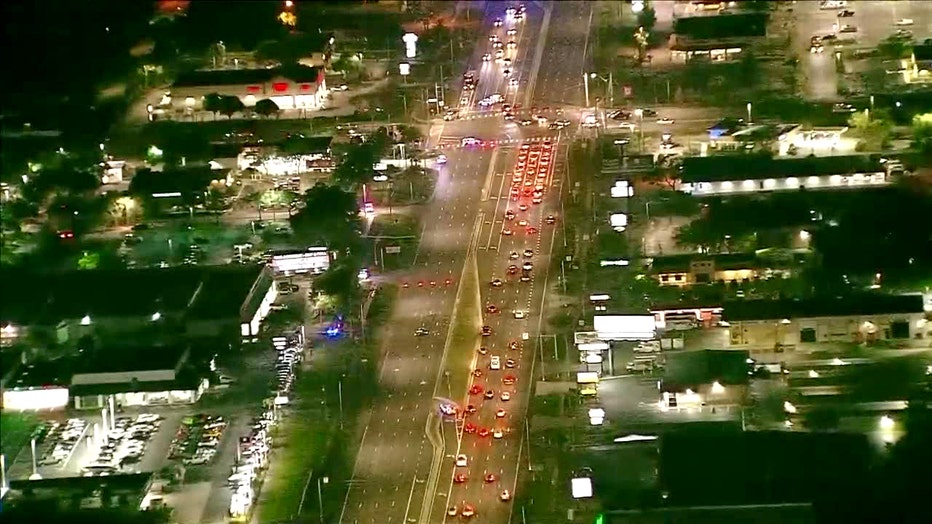