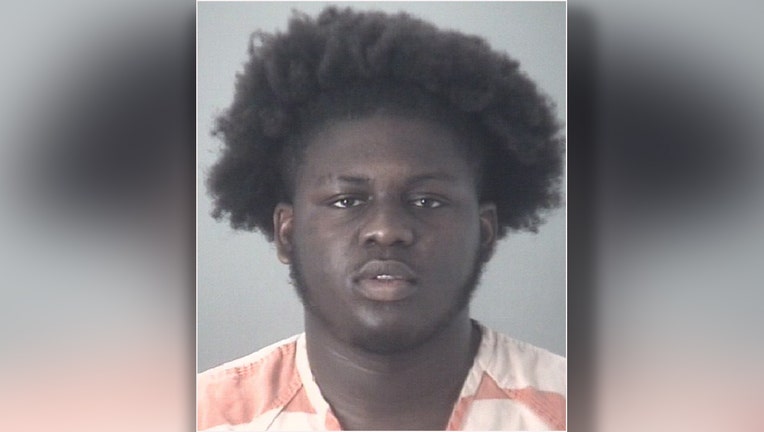 The suspected shooter, Charmille Vincent, an 18-year-old Land O'Lakes High School student, was charged with five counts of attempted homicide and an additional count of shooting from a vehicle.

The suspected driver, a 17-year-old who resides in Hillsborough County, was charged with five counts of attempted homicide.

The Pasco County Sheriff’s Office says they received numerous tips regarding this case and says those tips lead them to the suspects quickly.

Deputies say the shooting involved multiple students from Land O'Lakes High School and they all knew each other.

The two students who were shot suffered minor injuries and did not require hospitalization.

PCSO says there will be an increased law enforcement presence at Land O’Lakes High School out of an abundance of caution.