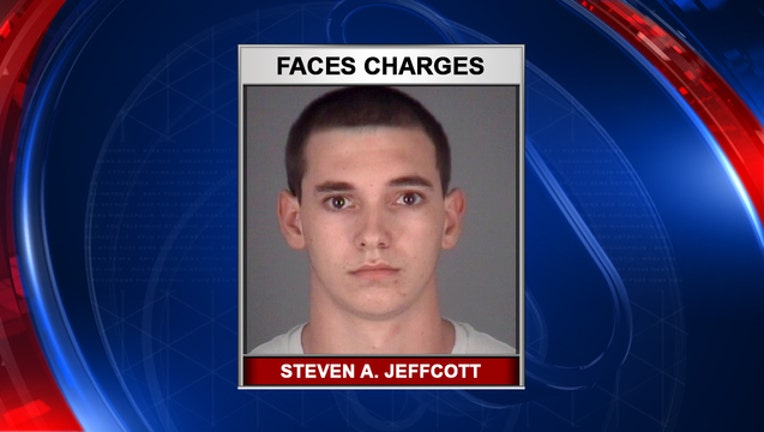 ZEPHYRHILLS (FOX 13) - A Pasco County man is accused of breaking into a home, eating some bologna from the fridge, and then falling asleep in a bed, according to the sheriff's office.

The Pasco County Sheriff's Office said it was called by a person who lived in the home to report finding a man sleeping in their bed. The suspect, Steven A. Jeffcott admitted to deputies he came in through an unlocked, sliding glass door, ate some bologna from the refrigerator, then went to sleep.

Jeffcott was arrested for burglary with petit theft.

Pasco County deputies said Jeffcott was a suspected of burglary in another case, and was arrested on additional charges of armed burglary and grand theft, for theft of lawn equipment and guns.