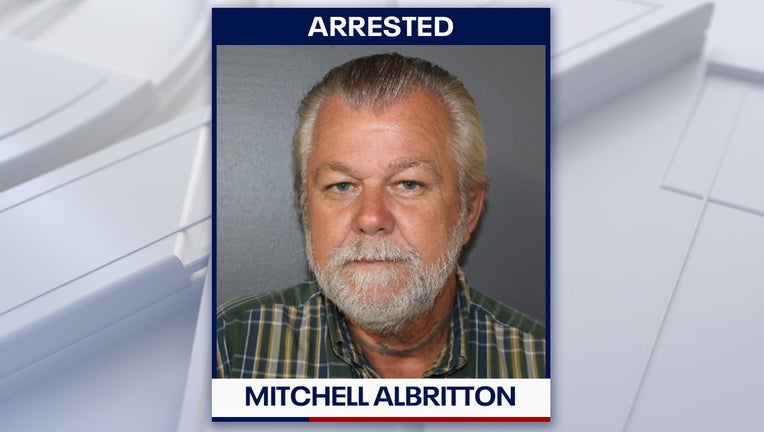 WAUCHULA HILLS, Fla. - Deputies in Hardee County arrested a man who they said held several people hostage in a home, then attacked two deputies with a hatchet.

The sheriff's office said dispatchers received a 911 call around 7:30 p.m. Sunday about a possible armed hostage situation at a Wauchula Hills home.

As deputies and officers from the Wauchula and Bowling Green police departments approached the home, the suspect, later identified as 61-year-old Mitchell Albritton, told them he was armed and tried to close the door.

Hardee deputies who were already in the threshold forced the door open to subdue Albritton.

That's when the sheriff's office said the suspect, who was armed with a hatchet, used the weapon to strike the two deputies before being restrained. Both deputies were transported to a nearby hospital, where they were treated and released.

Once Albritton was in custody, officers went inside the home and found three victims covered in blood. One of the victims told investigators they were afraid to run because Albritton would pick up the hatchet anytime they tried to move. All three victims were transported to medical facilities.

The sheriff's office said Albritton is a "chronic offender" who was just released from prison three months ago, on Aug. 13. They said he is on active conditional release supervision.

According to Department of Corrections records, Albritton was sentenced to 25 years in prison for murder back in 1997. He had also previously been incarcerated for false imprisonment, shooting into a dwelling, aggravated battery with a deadly weapon, and felon in possession of a firearm or ammunition.