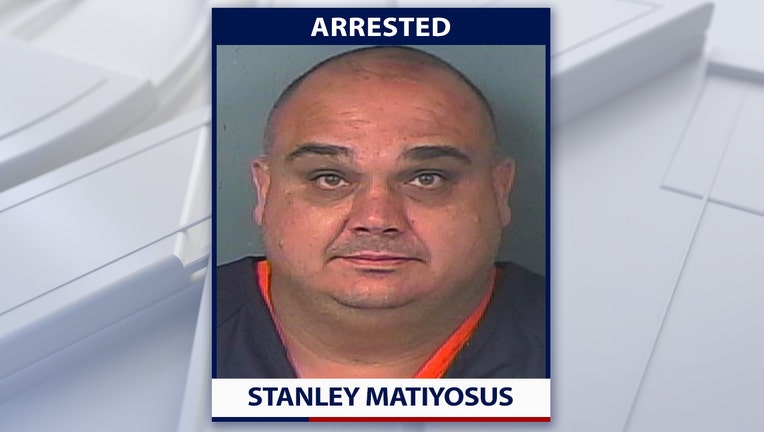 BROOKSVILLE, Fla. - One person is dead and another was injured during an early morning shooting outside Opinions Lounge in Brooksville, according to the Hernando County Sheriff’s Office.

According to deputies, Stanley Matiyosus, 42, shot a 25-year-old man in the parking lot of the sports bar. Deputies say a 21-year-old woman was also shot. She suffered non-life-threatening injuries according to HCSO.

Matiyosus is facing charges of second-degree murder and aggravated battery with a deadly weapon.