An alert deputy and a K9 stop burglary in Pasco County

WESLEY CHAPEL, Fla. - Two people are in custody thanks to a K9 and an alert deputy who interrupted a burglary in the Watergrass subdivision in Wesley Chapel according to the Pasco County Sheriff’s Office.

The PCSO said Corporal Brian Long noticed a suspicious truck while he was on his way to work Sunday morning. When Long approached the vehicle and made contact with the driver, the driver took off, deputies said.

Long said several appliances were taken from a home under construction in the subdivision, according to the PCSO.

Another deputy spotted the truck after Long called in a vehicle description on the radio, according to PCSO.

Deputies said they attempted to stop the vehicle and chased it through Hillsborough and Pasco Counties.

After multiple hits on the vehicle’s tires with stop sticks, the box truck came to a stop on Interstate 75 just north of State Road 52 and the driver fled on foot into the woods, deputies said. 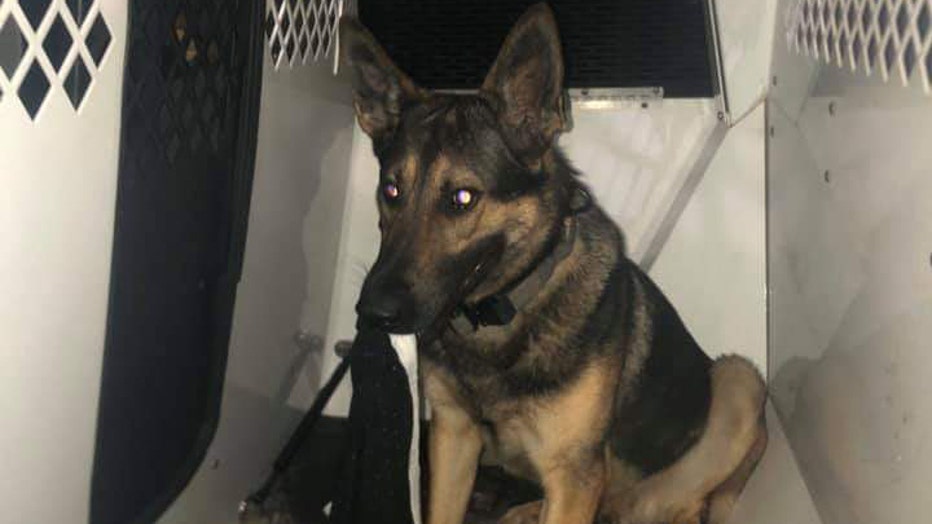 Deputy Jacob Baroff and his K9, Smitty, chased the driver and apprehended him. Deputies said they found a female suspect in the box truck with numerous appliances.

According to PCSO, Alexander Zaldivar, 39, and Gianna Amaro, 26, were both taken into custody on multiple charges.

No one was injured and no agency vehicles were damaged during the pursuit, according to the PCSO.