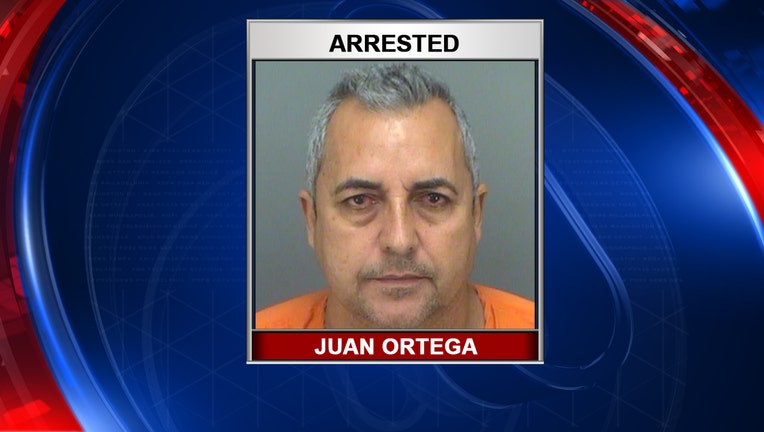 CLEARWATER, Fla. - Deputies said a man has been arrested for rooster fighting at his home in Clearwater.

On Friday afternoon, Pinellas County Animal Services called deputies for assistance after discovering the roosters in the backyard of a home on Verona Avenue.

Deputies said eleven roosters showed signs of being involved in fighting, including feathers removed from their breasts and visible injuries. Other evidence found at the home included a whip, training devices, clippers and syringes.

Juan Ortega, 49, was arrested and charged with fighting or baiting animals and felony animal cruelty.

During the investigation, deputies said they found 20 marijuana plants growing in a detached garage on the property. Additional charges related to the marijuana are pending, deputies said.