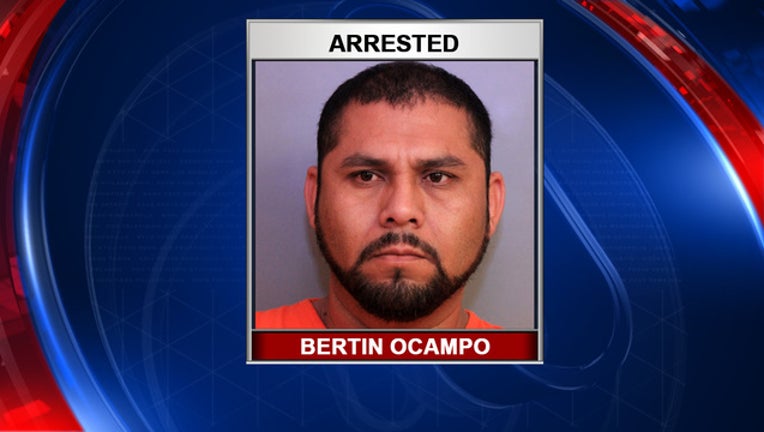 HAINES CITY (FOX 13) - Deputies in Polk County say they've arrested the man who locked his girlfriend in a backyard shed and repeatedly attacked and even raped her over the course of the last several weeks.

According to an arrest report, the victim told detectives that Bertin Ocampo -- whom she had been dating for four months -- had begun locking her in a shed behind the Orchid Road home he shares with his nephew.   She said he kept her in the shed all day, and when he let her out to visit her daughter or other places, she had to stay with him.

The bruised woman said Ocampo beat her, stabbed her, pointed a gun at her, and forced her to have sex with him three or four times over the course of the month she was held captive.

She explained that she never spoke out about the situation or tried to flee because Ocampo had threatened to harm her daughter if she did.

Detectives did not immediately say what ultimately led them to the Haines City home, but when they searched the property they say they found a handgun, revolver, two rifles, and ammunition, along with "a large quantity of methamphetamine."

Ocampo, 34, was arrested back on December 3.  He faces a variety of charges, including false imprisonment, sexual battery, and aggravated assault.