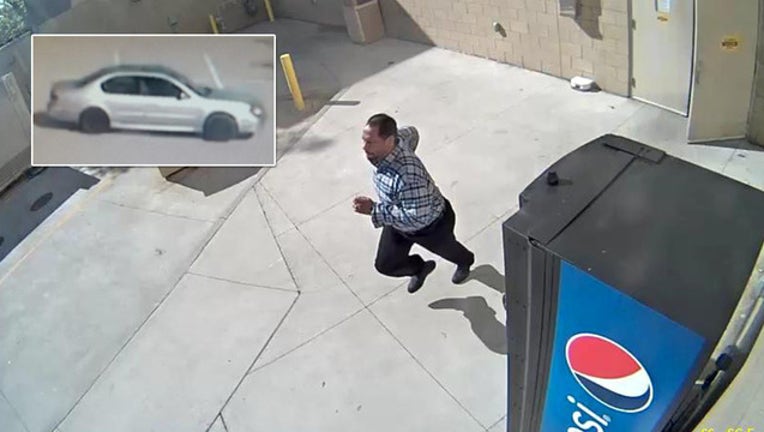 SARASOTA (FOX 13) - Deputies are searching for a man who stole three diamond rings, they say.

The Sarasota County Sheriff’s Office is asking for the public’s help in identifying the robbery suspect who snatched the jewelry from a store at University Town Center Thursday morning.

Deputies say they responded to Kay Jeweler’s just after 11 a.m. An employee said she removed two diamond rings from a case to show the suspect, who then asked to see a third one. As she removed the third one, the suspect grabbed it from her hand, and fled the store with all three rings.

The suspect is described as a black or Hispanic male with facial hair and was wearing a blue and white plaid shirt. He drove away in a small gray, four-door car, deputies say.