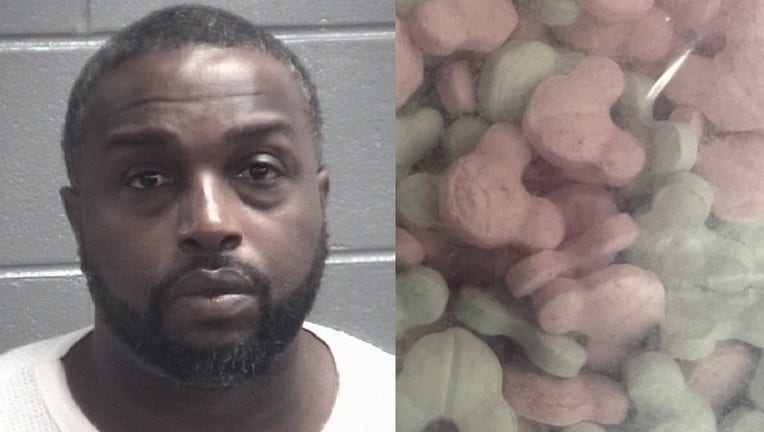 SPALDING COUNTY, Ga. - A traffic stop in Spalding County resulted in a drug bust with authorities seizing hundreds of pills designed like a popular cartoon character.

According to the Spalding County Sheriff's office, a deputy pulled over a car being driven by Kendrick Ponder, 45, of Locust Grove on Jan. 9.

A search of Ponder's car found 1.7 pounds of MDMA, known on the street as ecstasy or Molly, pills, cocaine, and marijuana.

"MDMA, Ecstasy or Molly is a form of methamphetamine that has become more and more popular with young people not just in our area but across the nation," the sheriff said. "The people who use this type of drug have no idea where it comes from other than from sellers and distributors on the local level like Ponder. I guess in their minds if it looks like Mickey Mouse, how harmful can it be? That form of logic is why many First Responders carry Narcan in their vehicles."

According to the CDC’s National Center for Health Statistics, more than 100,000 Americans died from drug-involved overdose between 2020 and 2021, including illicit drugs and prescription opioids. 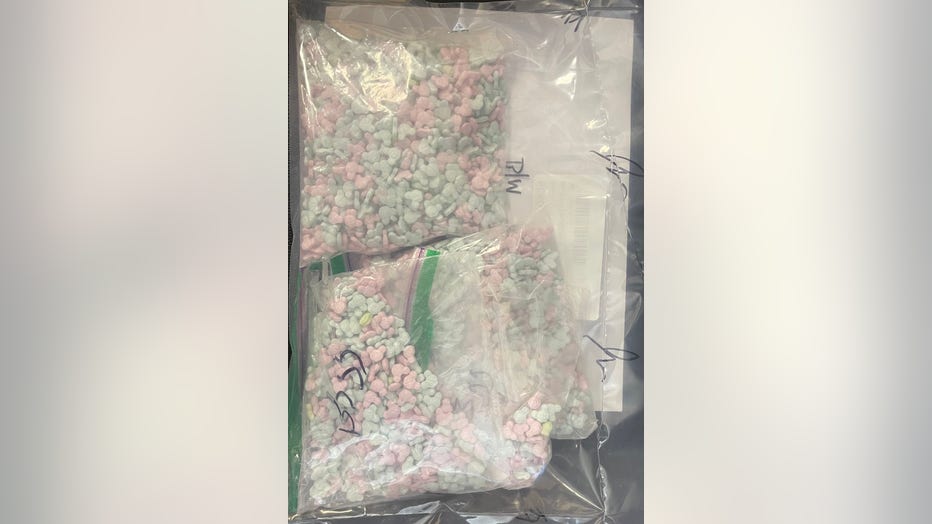 He was being held in the Spalding County Jail without bond.