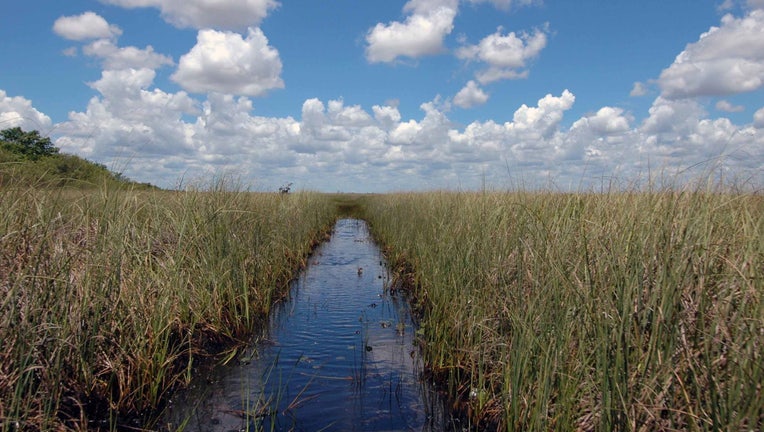 TALLAHASSEE, Fla. - While questioning the future of the project, Gov. Ron DeSantis and a divided state Cabinet on Tuesday backed Miami-Dade County as it seeks to extend a highway across wetlands tied to the Everglades.

The decision is expected to set off additional legal challenges against the planned Kendall Parkway extension to the Dolphin Expressway, while DeSantis added that the road might not get through the permitting process. The 13- to 14-mile extension is aimed at providing traffic relief to the Kendall area.

"This has not been approved to be consistent at all with anything that we're doing with Everglades restoration. I mean, it's not like this is going to happen," DeSantis said. "I mean, they’ve got to go through all those environmental reviews. And so, I think it's premature to say it's going to do some of the things, because I think if some of the things that are happening that are positive do happen, I don't think it's going to get permitted by South Florida Water Management District."

In voting against the Cabinet decision, Agriculture Commissioner Nikki Fried said she understands the need to improve traffic around Kendall, but a balance needs to be kept between growth and the environment.

After the meeting, Fried issued a statement the said the project "will harm Everglades restoration and risk wildlife, agricultural lands, and Miami-Dade’s water supply, while not adequately reducing urban sprawl."

Critics argued the road will hamper Everglades restoration efforts and increase urban sprawl, while offering only a few minutes of help to commuters.

"The judge found, not surprisingly, that building a 14-mile highway outside the (county’s urban development boundary) is inconsistent with the county's own comp plan requirement that they develop in a way that shifts travel modes," said Paul Schwiep, representing Tropical Audubon Society. "That is a fact-finding that is unassailable, because the county's own experts said, and this is this is a quote, that the plan amendment will not shift travel mode from single-occupancy vehicles to mass transit. It does not reduce dependence on the use of personal automobiles."

After the meeting, the Sierra Club criticized Tuesday’s decision as "political favors."

"Instead of cutting off the head of the Everglades Snakeway, they fed it by ignoring the irrefutable evidence presented by plaintiffs, the urgent pleas of Everglades advocates, and Judge (Van) Wyk's conclusions from careful review of records and expert testimonies," Diana Umpierre of the Sierra Club said in a statement.

"It's not in the Everglades. This is miles away from Everglades National Park. It does run through wetlands that have been identified as part of the Comprehensive Everglades Restoration Plan," Kerbel said. "The comments that we received from the water management district are that the CERP (Comprehensive Everglades Restoration Plan) project for the area is going to be a conveyance canal. And the data showed that the road could be built in a manner that is consistent with a canal, and so therefore, would preserve the existing project."

Kerbel added that the county’s current policy "furthers Everglades restoration, because it requires the land for wetlands mitigation be bought as much as possible around this proposed extension."