ST. PETERSBURG, Fla. - Giant holes that are several feet deep are showing up on Pinellas County beaches, making the shoreline look like a moonscape.

"There's just so many more holes this year compared to the previous year," said Carrie Auerbach who is trying to fill in the holes.

The holes of all shapes and sizes have been popping up for weeks along Pinellas County beaches, but where they're coming from is no mystery. Vacationers are soaking up the sun, scooping up the sand and leaving behind major problems.

RELATED: World Sea Turtle Day is a reminder to be mindful of Florida’s nesting season 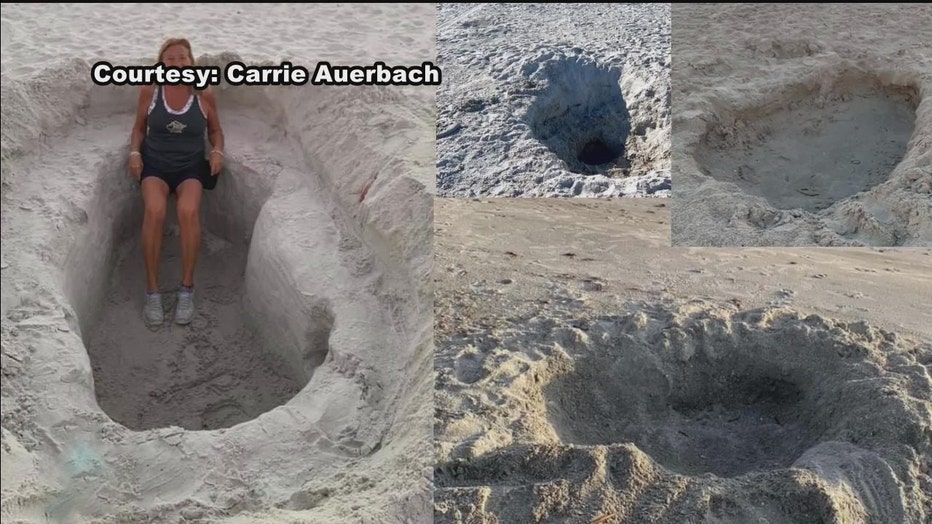 "Someone jogging down the beach in the morning or the evening might not see a hole and even a hole as small as a foot deep can really twist or break an ankle," Treasure Island Fire-Rescue Chief Tripp Barrs explained.

They can also trap wildlife like sea turtles, creating huge obstacles for a species during nesting season.

"Those babies will hatch usually at night and they will make their way back down to the shore and into the gulf, so we want a clear path. Those babies will fall in any size hole and not be able to get out," Auerbach shared.

The Clearwater Marine Aquarium held its annual Sea Turtle Nesting Awareness Day to help educate beachgoers about sea turtles and their nests ahead of nesting season which begins on May 1.

To help, Auerbach has teamed up with Treasure Island Fire Rescue and created a Facebook page to spread awareness and assembled a group of a few dozen volunteers.

Every day, a group nicknamed the ‘Hole Patrol’ heads to the beach to fill in the holes, sometimes with help from Treasure Island Fire Rescue, and teach beachgoers about the dangers.

"I don't think people are being malicious. I just think they don't think about it," Auerbach said.

After Auerbach helps to open their eyes, she says many are eager to help. A push to raise awareness about the problem may just be the simplest solution. 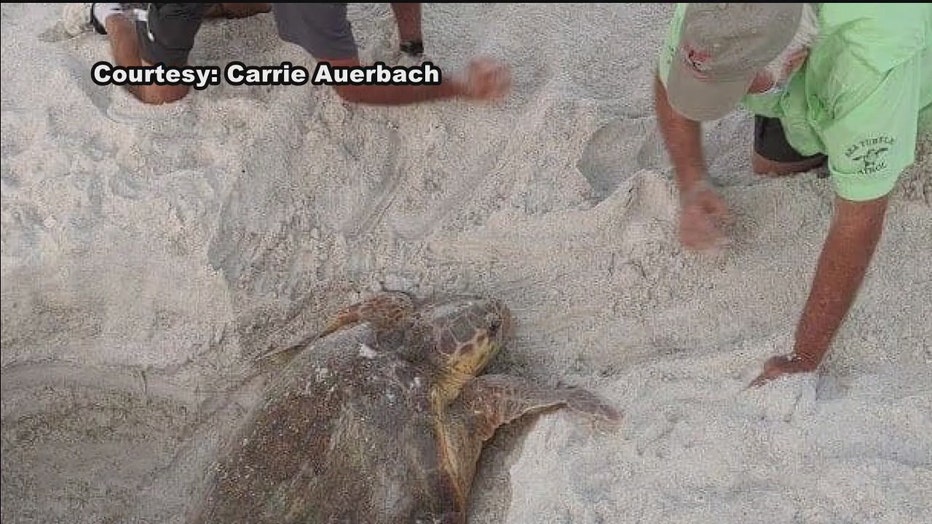 There are no rules against digging holes at the beach. However, there is an ordinance requiring anyone who does dig a hole to fill it in.