The governor's full response to questions about Rebekah Jones.

ORLANDO, Fla. - Florida's governor says the woman who was in charge of the state's COVID-19 dashboard has active criminal cases against her, suggesting her claims of data manipulation were just being amplified by those looking for a "boogeyman."

Rebekah Jones, a geospatial scientist formerly with the state Department of Health, reportedly told several media outlets she was asked to remove data showing that COVID-19 patients first reported symptoms earlier than state officials originally announced. She claimed that when she refused to "manually change data to drum up support for the plan to reopen," she was given the choice to resign or be fired.

Gov. Ron DeSantis said Tuesday he did not know Jones, but he insisted her termination was over her "insubordination" -- not over any refusal to alter state data.

PREVIOUS: Architect of Florida's Department of Health COVID-19 dashboard says she was removed from position

"One, she is not a data scientist. She is somebody that’s got a degree in journalism, communication and geography. She is not involved in collating any data, she does not have the expertise to do that, she is not an epidemiologist, she is not the chief architect of our web portal. That is another false statement," the governor said. "She was putting data on the portal, which the scientists didn't believe was valid data. So, she didn't listen to people who were her superiors, she had many people above her in the chain of command. And so then she was dismissed because of that."

Then, DeSantis said Jones is under "active criminal charges" in Florida, which includes cyber-stalking and cyber-sexual harassment.

"I have a zero-tolerance policy for sexual harassment," the governor said, adding that he was asking the Department of Health to explain how she had remained employed despite the charges.

Records in the Leon County Clerk of Court website show Rebekah Jones was involved in cases matching what the governor said. In October 2017 and in June 2019, a temporary injunction for stalking was filed against her in Leon County. Those cases are closed.

In July 2019, a stalking case was filed by the state of Florida against Jones. The case remains open. 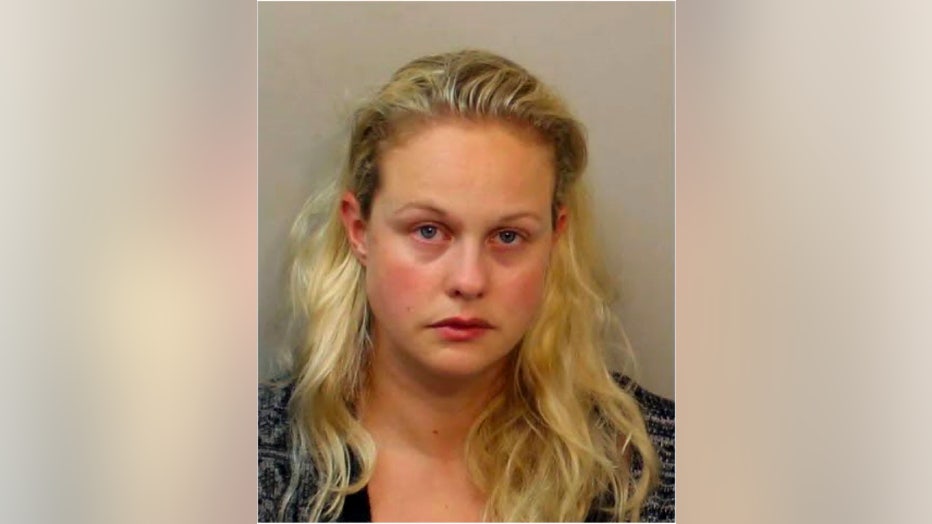 FOX 13 has reached out to Jones, but we have not heard back.

FOX 13 asked the govenror's office what questionable data Jones was putting online and his spokesperson offered this reply:

"Rebeka [sic] Jones acted as if she had ownership of the Department of Health Dashboard website and disregarded the direction given to her by subject matter experts such as the Senior Epidemiologists, Senior Data Analysts and supervisors.  She was resistant to publishing data on the website she disagreed with going against the judgement of the epidemiologists, senior data analysts and supervisors.  Event Date is a field that can be queried on the dashboard that marks the beginning of the epidemiological investigation which is based on self-reporting of information that is not medically certified.  The science and public health experts believe the best information is the actual clinical diagnosis of the disease verified by COVID-19 diagnostic testing," Helen Aguirre Ferre wrote.

Meanwhile, some Democratic senators began demanding an investigation into Jones' claims about data manipulation after her claims got national attention Tuesday.

"We are making public policy decisions based on that information," state Sen. Lori Berman of Boynton Beach said. "If it is being falsified, we need to know that."

"We've succeeded and I think that people just don't want to recognize it because it challenges their narrative, it challenges their assumption. So they gotta try and find a boogeyman,” he added. “Maybe it’s that there are black helicopters circling the Department of Health. If you believe that, I’ve got a bridge in Brooklyn I’d like to sell you."