TALLAHASSEE, Fla. - Gov. Ron DeSantis insisted the firing of a Dept. of Health employee was over her "insubordination" -- not over her refusal to alter state data on the coronavirus -- as she reportedly claimed.

Several media outlets report Rebekah Jones, a geospatial scientist, was asked to remove data showing that patients first reported symptoms earlier than the state announced and that when she refused, she was given the choice to resign or be fired.

"Our dashboard has been recognized nationally," said Gov. Ron DeSantis. "It is a heck of a tool."

Jones had told her alma mater's website, Syracuse University, that she designed it from scratch.

The governor said Tuesday he did not know Jones, reading an email she sent Saturday morning to Department of Health IT director Craig Curry, during which she partially describes comments she made in an online forum and to a reporter who called.

"I said they have a team working on it now, and what I meant when I said do not expect the same level of accessibility, is that they are busy and can't answer every single email." 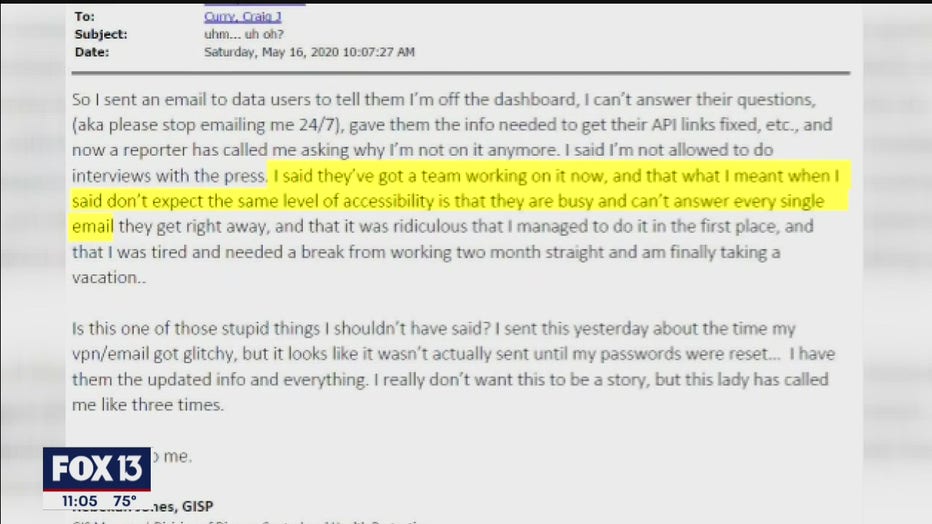 Democratic senators are demanding an investigation.

"We are making public policy decisions based on that information," said state Sen. Lori Berman of Boynton Beach. "If it is being falsified, we need to know that."

The governor's office sent a statement saying she was fired for being disruptive to the team and that she, "Exhibited a repeated course of insubordination during her time with the department, including her unilateral decisions to modify the COVID-19 dashboard without input or approval from the epidemiological team or her supervisors." 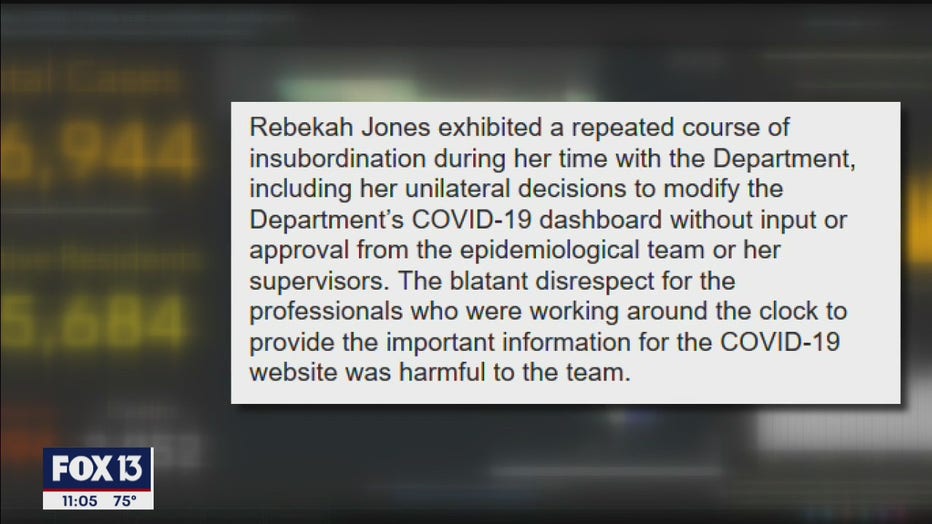 She started at DOH in Sept. of 2018, according to a resume she posted online.

We have reached out to Jones, but have not immediately gotten a response.