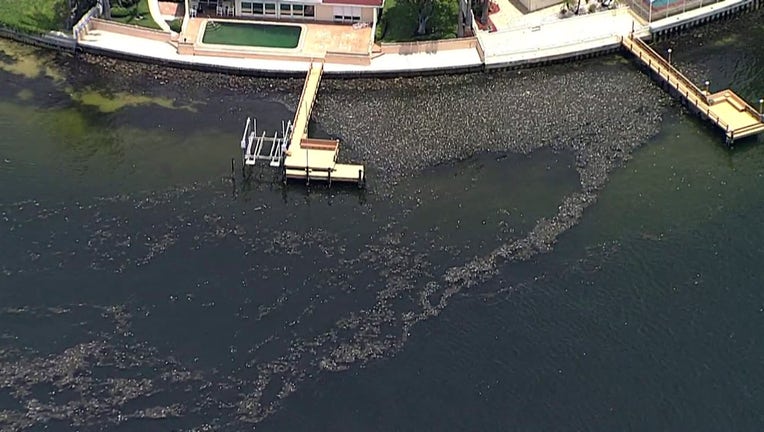 ST. PETERSBURG, Fla. - The Bay Area has been gripped by red tide, leading to tons of dead fish in the water in areas such as Mud Key near Pass-a-Grille.

The stinky problem has led some residents to call on Governor DeSantis to step up the state's response. However, the governor is sticking to his stance and will not issue a state of emergency.

At a press conference Monday, he insisted that the state is responding appropriately to the fish kill.

"We actually created a separate fund to be able to respond in real time to things like blue-green algae and red tide," he said. "And so we have that pot of money, we're using it. And we're helping both Pinellas and Hillsborough counties as needed and we're going to continue to do that."

DeSantis also says millions have been used for mitigation so far.