TAMPA, Fla. - The preparations at Raymond James Stadium continue as Super Bowl LV gets closer. This year, only 22,000 ticketed fans will be in attendance, but you may notice that the stands still look full. That’s because the NFL decided to fill a majority of the empty seats with fan cutouts to represent those who can’t be at the big game.

On Sunday, crews were hard at work installing the cutouts throughout Raymond James Stadium. It is no small task. Despite spending the majority of the day installing the cutouts, crews told FOX 13 that the work is far from over. They plan to be at the stadium every day until Saturday evening so that once gameday rolls around, the stands will look full.

The cutouts serve two unique purposes. The NFL first wanted to make sure they represented those who couldn’t be in attendance and also honored local heroes. Different sections represent different groups of people such as healthcare workers or military heroes. Celebrity cutouts will also be installed randomly throughout the rows.

"We have local football representatives that play football, we have healthcare heroes that are represented, and we have the military, salute to service, represented as well. We have a couple of other different causes integrated there, and then will have some celebrities and all the NFL all-time team, and Super Bowl MVPs. It’s quite a diverse mix of folks that we are trying to represent but also support and honor," explained Jason Baker, the director of execution with Blue Media. 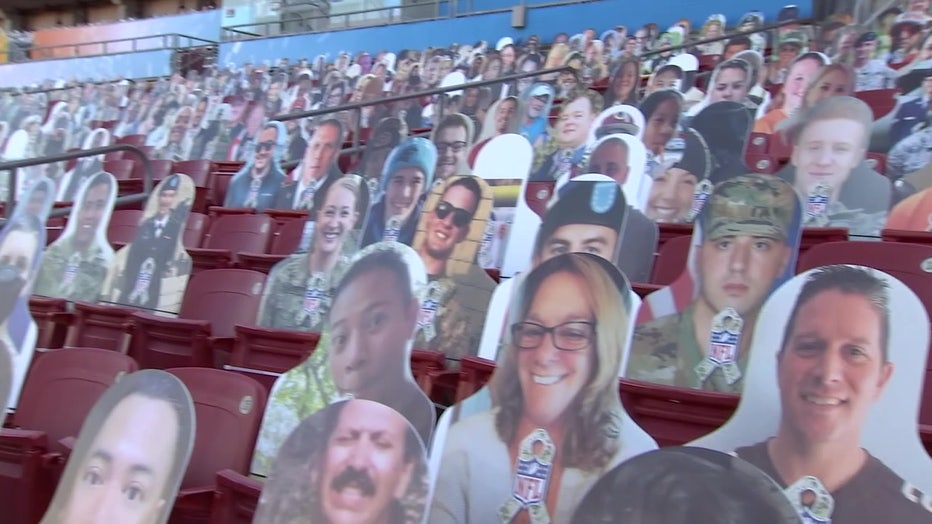 The cutouts also serve as social distancing barriers for the ticketed fans who will be in attendance.

Once the Super Bowl is over, crews will then get to work removing all the cut-outs from the stands. They estimate that it will probably take about two days to get all the fans from the seats. However, they aren’t just throwing the cutouts in the trash.

The cutouts are made from recycled plastic so that they can withstand high heat, winds and rain. After the big game is over, the cutouts will be recycled in Tampa so they can be converted into energy. 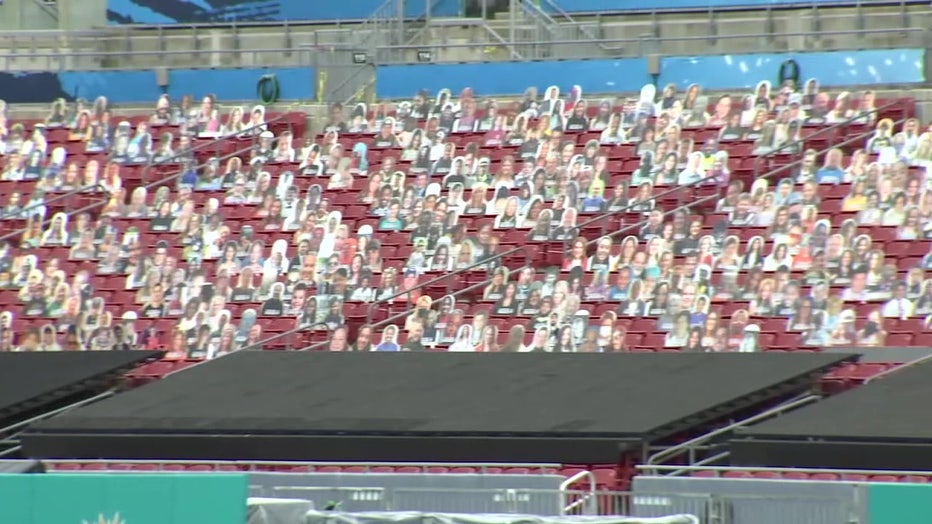