TAMPA, Fla. - Hillsborough County deputies are searching for the suspect involved in a deadly shooting and crash Monday night.

Around 9:30 p.m., the sheriff's office received a 911 call reporting that shots were fired inside the Avesta Del Río apartment complex, located off of East Sligh Avenue and North 50th Street.

When deputies arrived, they said they found two vehicles involved in a crash and one man who was shot. The victim, who was in his 30s, was taken to Tampa General Hospital where he passed away.

Detectives said it appears up to three men were in one of the vehicles involved in the crash, but fled on foot. They also said they believe one of the men is the suspected shooter. Inside the other vehicle were two people, a man and woman, who were not involved in the shooting, officials said. They had minor injuries and were taken to Tampa General Hospital as a precaution. 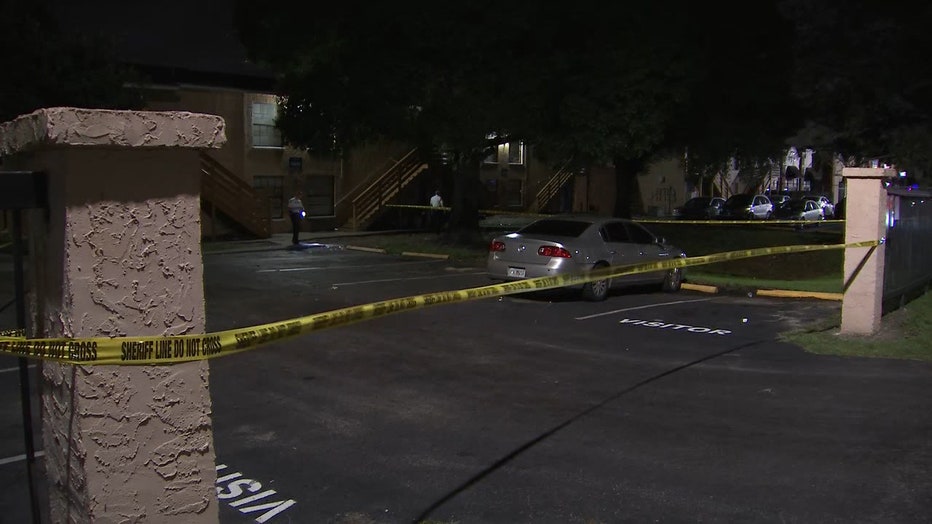 During the overnight investigation, detectives said they believe they found another location at the apartment complex that could be connected to the shooting. No other details were provided.

The shooting victim's identity has not been released

"We know there were several witnesses to this crime and we're asking anyone with information to come forward," said Sheriff Chad Chronister in a statement.

Anyone with information is asked to call the Hillsborough County Sheriff's Office 813-247-8200.