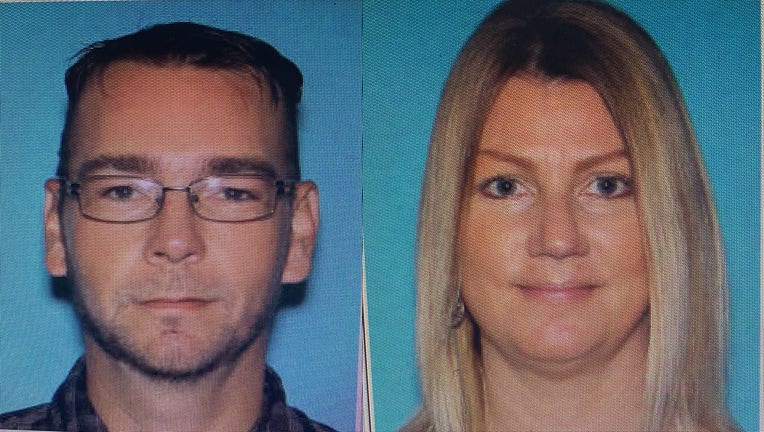 DETROIT (FOX 2) - UPDATE: Both parents have been arrested by Detroit police in the 1000 block of Bellevue Street in Detroit just before 2 a.m. Saturday.

Detroit police are actively searching for James and Jennifer Crumbley just northeast of Downtown after finding a black Kia SUV matching the description of their vehicle late Friday night.

The vehicle was found on Bellevue Street and a large perimeter has been established for the couple, according to DPD. The Crumbleys were due to report to law enforcement after being charged with four counts of involuntary manslaughter - but remain at large.

Canine police units are sweeping the area as the search continues.

Within the last hour, the US Marshals have posted a $10,000 reward for information leading to the arrest of Jennifer and James Crumbley.

The whereabouts of the parents of alleged mass shooter Ethan Crumbley are unknown. Earlier on Friday they were charged with four counts of involuntary manslaughter.

Oakland County Prosecutor Karen McDonald released a statement scolding the couple as the wait for them to turn themselves in continued, through the night.

Their attorneys claim they are not on the run but en route to turning themselves in after leaving town for their own safety.

"The Crumbleys are at large because they are continuously irresponsible. They promised to turn themselves in and did not. We have been in constant communication with sheriff's office investigators, and we are confident that the Crumbleys will be apprehended," McDonald said.

The couple was supposed to be arraigned earlier today. The gun used in the shooting, investigators say came from his father James, who bought it for him.

Stay with FOX 2 for more information as it becomes available.