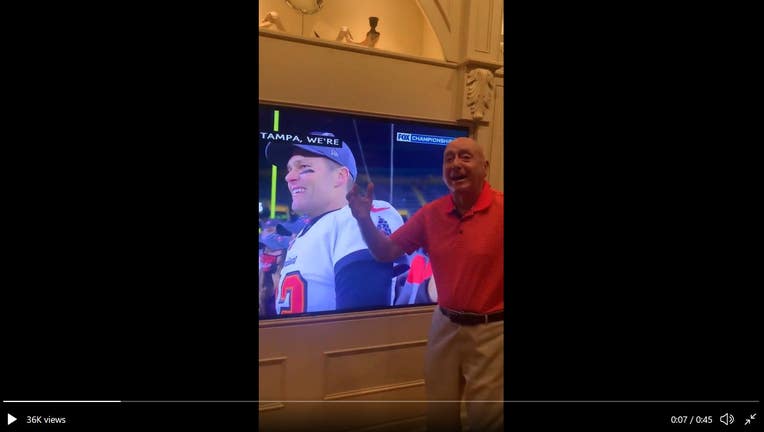 Dick Vitale, who lives in the Tampa Bay area, was thrilled to see the Bucs going to the Super Bowl

TAMPA, Fla. - "I can't thank the Patriots enough for not keeping this guy," an elated Dick Vitale said in a Twitter video as he pointed to a larger-than-life image of Tom Brady on the TV screen.

Vitale, a Tampa Bay resident, is excited for another home team to go to their league's championship game this season.

"How [the Patriots] let him leave is beyond me, but we've certainly loved that he's wearing that Bucs uniform," Vitale said with his signature bravado. "Just fantastic! It's awesome, baby! With a capital A!"

Vitale punched his fist in the air, as many Bucs fans did Sunday when their team beat the Green Bay Packers to clinch the NFC Championship and make themselves the first-ever team to go home to the city in which they'll play in the Super Bowl.

He walked back over to the TV, where Tom Brady was giving an interview, and pointed to the quarterback's face.

"Don't bet against this guy!" Vitale said. "The greatest of all time."