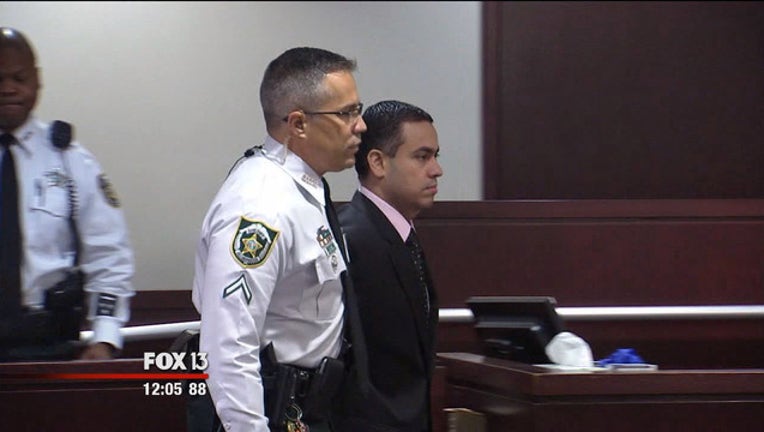 TAMPA (FOX 13) - A wealthy Bay Area couple was murdered by one of their employees, at least according to a Tampa jury.

Jurors on Tuesday convicted Julian Opsina Florez on two counts of first-degree murder in the deaths of Dr. Hector and Debra Rivera.

Florez worked for the Riveras and helped Debra with her jewelry business.  Prosecutors said Debra was verbally abusive to Florez, which may have been his motive.

They argued that Debra was shot in the mouth at the Avila mansion to "silence her forever."

The defense argued the evidence was just circumstantial.

After the verdict was announced, Florez broke down and had to be consoled by his attorneys.  His family also burst into tears.