DAVIE, Fla. - The driver of a fuel tanker truck died after Florida Highway Patrol troopers said he drove off a highway ramp and crashed to the ground below, causing the vehicle to explode.

FHP said the accident happened on Interstate 595 near the Florida Turnpike in Davie around 3:45 p.m. Sunday.

Investigators told WSVN the driver was heading westbound when he struck the concrete wall on the right shoulder of the ramp, causing the tanker truck to flip over the wall. 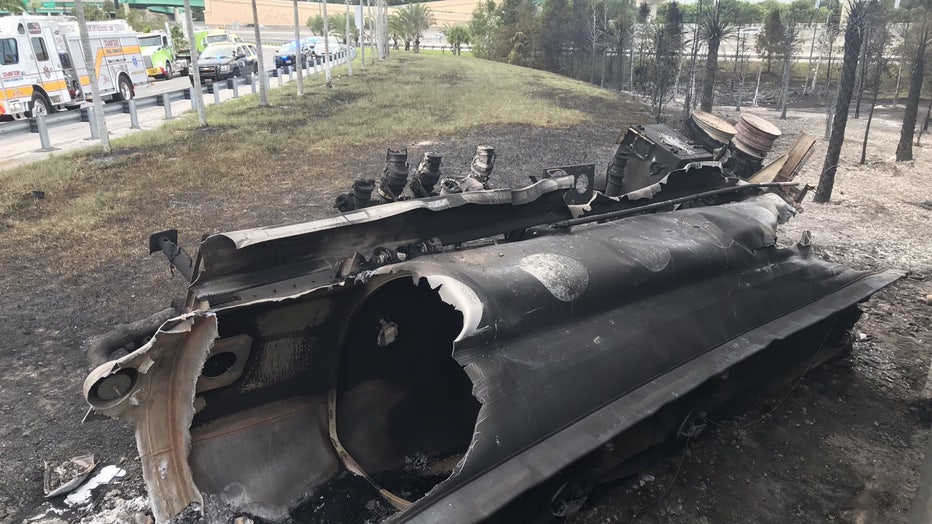 Troopers said the truck was loaded with approximately 8,000 gallons of gasoline that ignited and exploded during the crash.

The 53-year-old driver was pronounced dead at the scene, officials said. 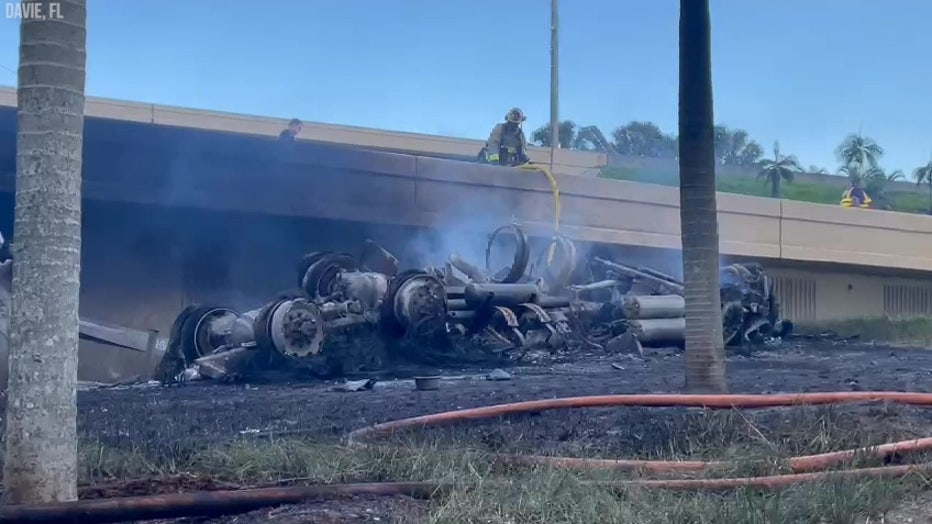 FHP said the crash and explosion caused a fuel spill. Troopers shut down I-595 in both directions while crews from Davie Fire Rescue and Fort Lauderdale Fire Rescue fought the fire and cleaned up the spill.

Officials said they were still working to determine what caused the crash.

"We don’t know if it was a malfunction of the truck, if it could have been a medical episode," FHP Lt. Yanko Reyes told WSVN.