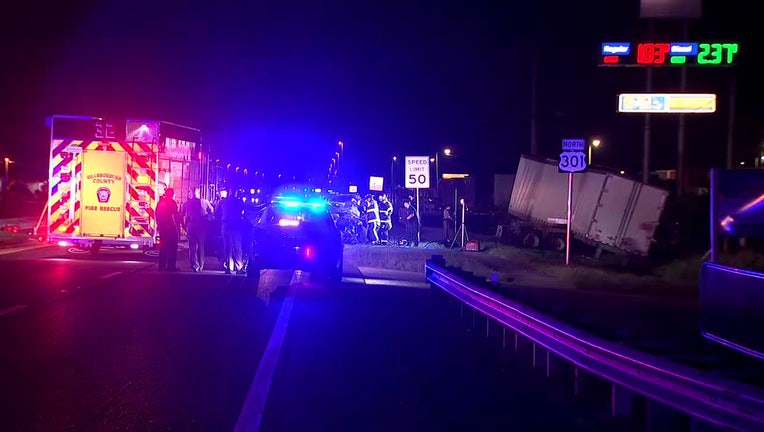 TAMPA, Fla. - One person was killed in a single-vehicle crash in Hillsborough County overnight.

According to the Florida Highway Patrol, an SUV was speeding along U.S. 301, approaching Breckenridge parkway. That’s just north of interstate 4.

The driver lost control, crossed the median, and struck several road signs before leaving the highway. That's when the driver hit a parked tractor-trailer.

Troopers say the driver, identified thus far only as a 24-year-old St. Pete man, died at the scene.