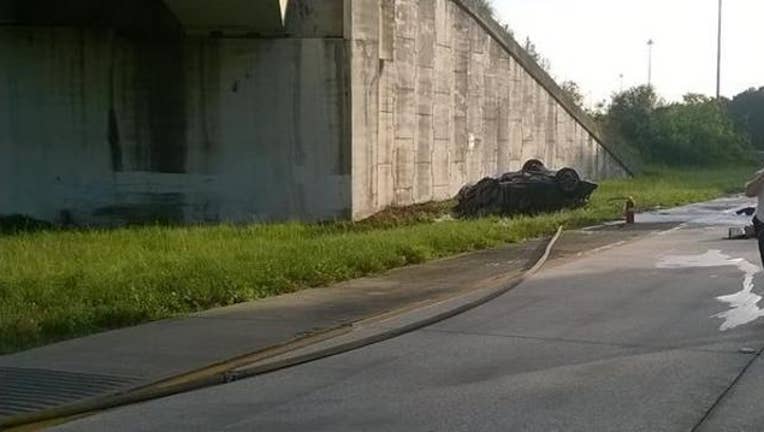 Troopers say a driver died after cashing along an exit ramp on Interstate 75 this morning.

It was around 7 a.m. when a Chrysler 200, exiting from northbound I-75 in Brandon, veered off the road, slammed into an overpass and overturned before catching fire.

The driver -- whose identity has not been released -- was killed.