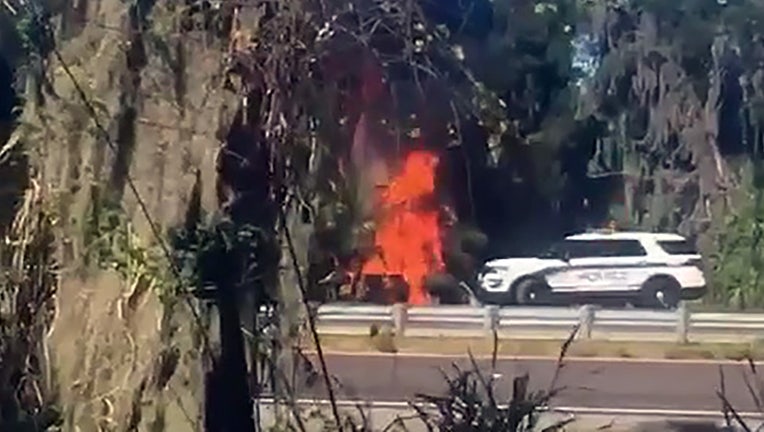 PALMETTO, Fla. - A driver lost control of a dump truck near the Sunshine Skyway Bridge this morning, leading to a crash and fire that ultimately claimed the driver’s life.

According to the Florida Highway Patrol, it was around 10:45 a.m. when the truck overturned along northbound Interstate 275 between the exits for U.S. 41 and U.S. 19.  Two St. Pete police officers tried to rescue the driver, but they were unable to because of the way the truck came to rest.

The truck then caught fire, forcing the officers to back off. The driver died at the scene. 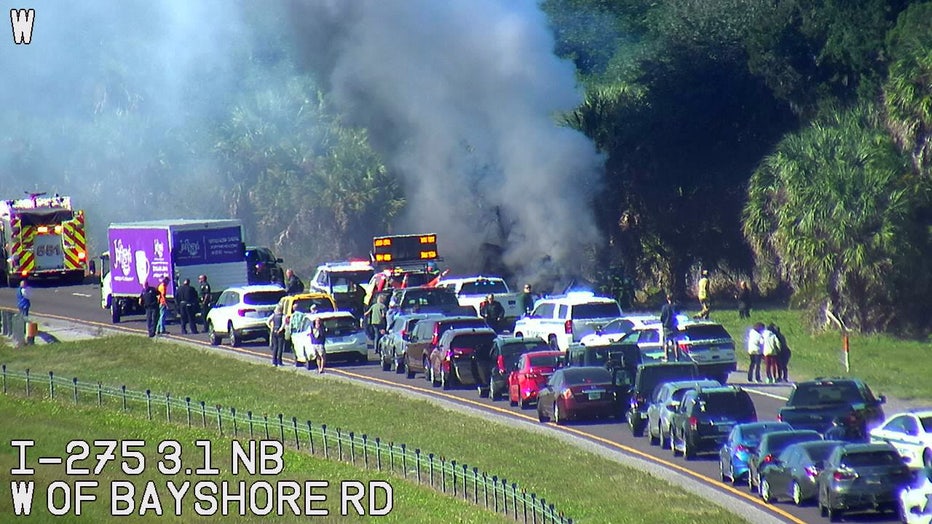 Troopers were not initially sure why the driver lost control. They have not released the driver’s identity, pending notification of family.

The crash and fire closed I-275’s northbound lanes were approaching the Skyway Bridge, but only one lane was still closed by mid-afternoon. 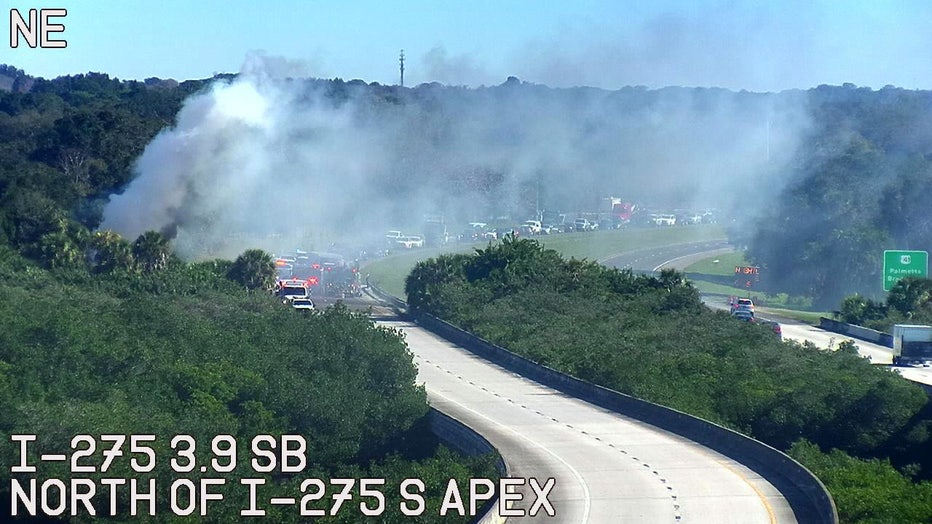