YBOR CITY, Fla. - A new monument being called "East Ybor Gateway" marks the return of a neighborhood that some thought would be lost forever. A long time resident helped rediscover it.

Fran Costantino and her family came to the area in 1906 from Sicily. She said as a little girl she remembered all of Ybor City being safe, but by the late 1990s, the area east of the Columbia Restaurant was full of crime.

"There was drugs and prostitution, and from the curb to my office I would pick up bullet shells and needles," said Costantino.

READ: Famous beer brewed in Tampa more than a century ago makes comeback

Even Tampa Mayor Jane Castor, the city's former police chief, knew that area by another name.

"This particular area was called East of 22nd. That was the reference," said Castor.

But now, the area is undergoing a renaissance. 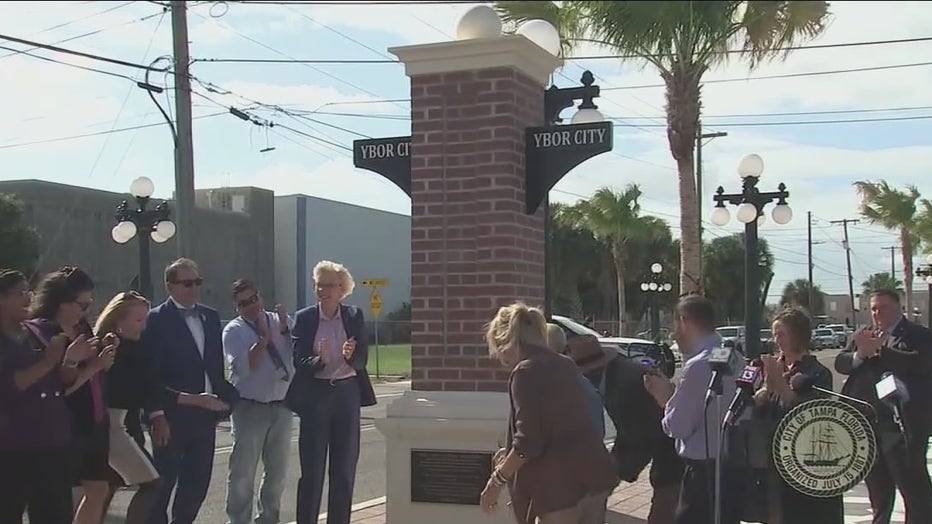 It’s new life for an old neighborhood that might have been written off if Costantino hadn’t taken on the city, and its plans for East Ybor. She said she feared the thought of the area being dedicated mainly to commercial and industrial development.

It began her 10-year fight to save East Ybor, her family’s side of Tampa’s famed multicultural Latin Quarter. The fight finally led to Tuesday’s reveal of the new East Ybor Gateway Monument.

It stands next to several city blocs east of the Columbia that now have the iconic Ybor City style five-globe lights, benches and pavers. "East of 22nd" has been reclaimed as East Ybor.

"We are so proud today to have everything that we wanted," said Costantino.

The old neighborhood she feared might be lost is now part of a new future in Ybor City.