Element residents allowed back into apartments

TAMPA, Fla. - It’s been a long ten days for residents who live at the Element in downtown Tampa. For over a week, they’ve been forced to stay out of their apartments as crews work around the clock after a major water main break. Residents are now hopeful that they’ll be able to return to their apartments on Monday.

Monday afternoon, Tampa Fire Rescue officials said most tenants were finally being allowed back into their residences.

"All life safety systems are now operating normally and the building management is beginning the process of allowing most tenants back into the building," Tampa FR said.

On July 16, residents woke up at 3:30 a.m. to blaring fire alarms and flooded floors.

A major water main break occurred overnight at the Element high-rise apartment in downtown Tampa. Residents were evacuated due to the flooding.

According to Tampa Fire Rescue, when they arrived on scene, there were no signs of a fire. However, there was extensive flooding starting at the 27th floor all the way to ground level. Crews later discovered a breach in the main municipal water supply line inside the high-rise was to blame for the mess.

Since that Friday, over 500 residents had to stay in hotels as crews worked to fix the problem and inspect the building. Monday is the day residents were told that if all goes to plan, they could finally return home. As of Monday morning, they’re waiting and hoping as they have been for the past week. 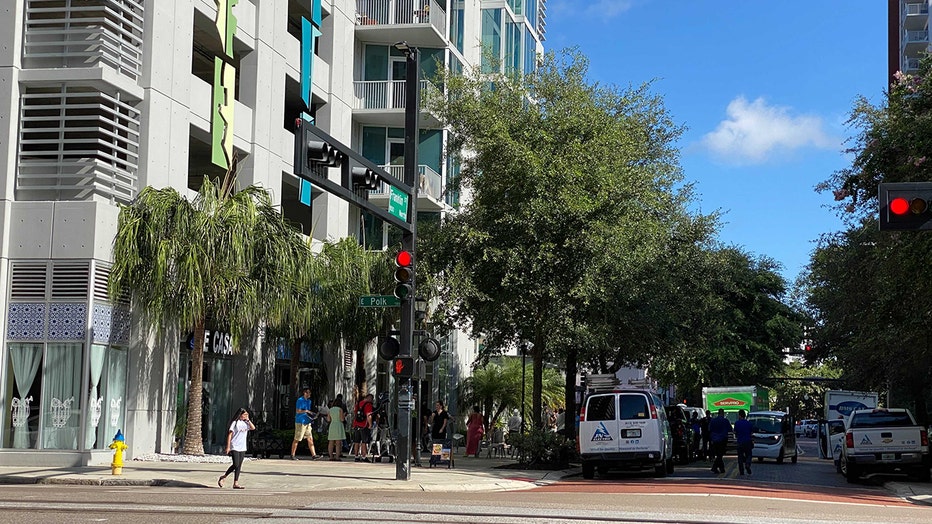 The scene on the morning of July 16 after the Element was evacuated due to a breach of the main water supply line.

Of the 35 floors in the building in the high-rise, Tampa Fire Rescue said 27 of them were damaged from the flooding.

The owners of the building said that they hoped to welcome residents back on Monday, as long as the fire chief and construction manager's approved, following the inspection Monday morning.