SAN JOSE - When closing arguments begin in the federal fraud case against Theranos founder Elizabeth Holmes, attorneys on both sides will come at the mountain of evidence in distinctly differently ways, legal experts told KTVU.

Prosecutors will attempt to summarize the more than 900 exhibits and three months of testimony from 32 witnesses to bolster their central argument: that Holmes lied and cheated to raise money for her blood testing company.

The defense, on the other hand, will hope the jury is sufficiently confused by the evidence, and instead wants the panel to focus mostly on Holmes’ testimony. For six days she explained that Theranos was her life’s work that failed due to honest mistakes, not fraud.

"The job of both the prosecution and the defense will be to distill the facts down so the jury can understand their point of view in this trial," said KTVU legal analyst Michael Cardoza, a Bay Area defense attorney and former prosecutor who’s been following the case. 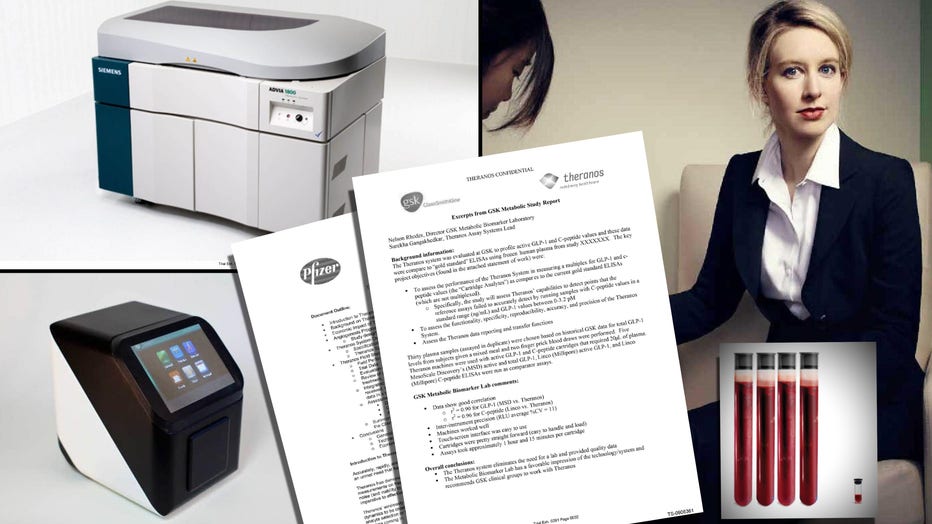 Holmes faces nine counts of fraud and two counts of conspiring with her co-defendant and former partner Sunny Balwani. Balwani is being tried separately. Holmes accused him of abusing her during the period of the alleged crimes. He has denied the allegations and has not been charged with abuse.

But even as the case stands as one of the most complex and high-profile cases in recent memory, a few key points stand out.

At trial prosecutors played secretly recorded conversations with investors, in which Holmes claimed her blood analyzers were being used by pharmaceutical companies and the military – even though they were not.

In one conversation with Bryan Tolbert and other investors with the Michigan-based Hall Group, Holmes said "We’ve thus built a business around partnerships with pharmaceutical companies and contracts with the military wherein we could deploy our framework."

On the witness stand, Holmes told prosecutors that she did not recall telling investors that Theranos’ analyzers were being used by the military. 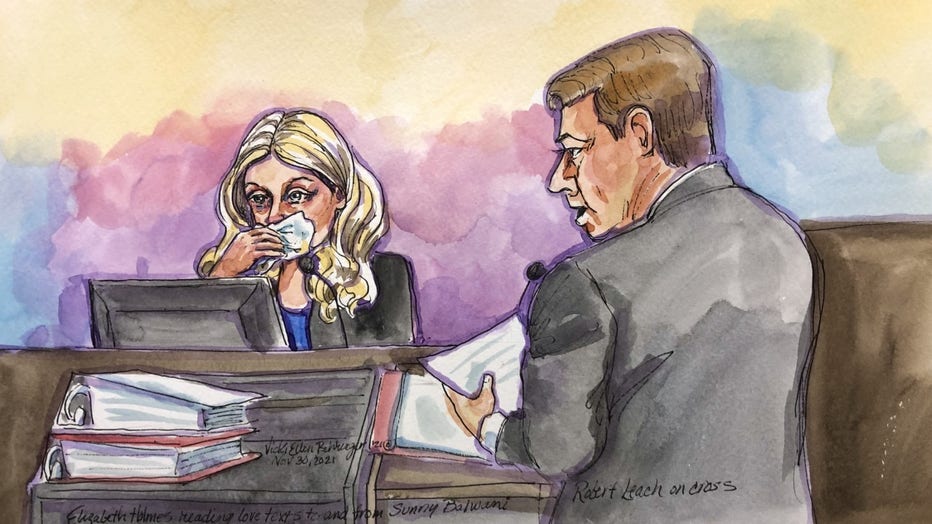 Prosecutors also played interviews between Holmes and journalist Roger Parloff that he recorded for his 2014 fortune magazine profile that he later corrected after Theranos’ technology was exposed to not work as promised.

In one recording, Holmes claimed her company used a bank of proprietary analyzers in its testing lab.

"So we have actually several labs here….Our biggest one probably has like 50 of them… and I would put that off the record because we don’t want to publish that," Holmes told Parloff.

At trial, Holmes admitted her testing lab was mostly using modified Siemens Advia analyzers, not the Edison devices that were the foundation of her company.

Holmes said she never told investors – or business partner Walgreens -- about the switch out because they involved "trade secrets."

Cardoza, KTVU’s legal analyst, said Holmes’ explanation will be one of the biggest hurdles for the defense to overcome.

"What she was hiding and what she was fog balling was this machine didn’t work at all," he said. "So this trade secret excuse really goes to her perpetration of the fraud. And I’m sure the government will point that out."

And while on the stand, Holmes said she added pharmaceutical companies’ logos to studies, singing the praises of Theranos’ technology. She said she didn’t believe investors would actually think those companies conducted the studies.

Holmes’ case was far simpler than what the prosecution put on.

She talked about Threanos’ as her life’s work that ultimately failed due to mistakes.

She pointed  the finger at former lab director Dr. Adam Rosendorff – who signed verification reports for the company’s lab tests. And blamed other failures on Balwani.

"Did she convey ‘I didn’t have the intent to defraud people. I had nothing but good intentions?’ That is going to be the question," Cardoza said.

Evan Sernoffsky is an investigative reporter for KTVU. Email Evan at evan.sernoffsky@foxtv.com and follow him on Twitter @EvanSernoffsky