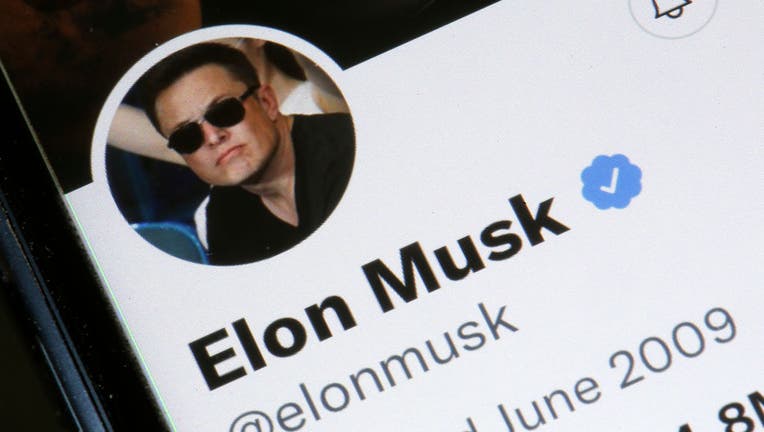 PARIS, FRANCE - APRIL 26: In this photo illustration, the Elon Musk’s Twitter account is displayed on the screen of an iPhone on April 26, 2022 in Paris, France. The U.S. multi-billionaire Elon Musk bought the social network Twitter on Monday April 2

Tesla CEO Elon Musk is planning to file a counter-lawsuit against Twitter soon to ditch the $44 billion agreement to buy the social media giant, according to a new report Monday.

Sources close to the case told The New York Post that the countersuit was intended to push a Delaware Court of Chancery judge to grant Musk’s legal team more time to gather information about bots on Twitter – the primary reason Musk gave for reneging on the deal.

Twitter sued Musk last Tuesday in a bid to force him to complete his $44 billion takeover of the social media company, accusing him of "outlandish" and "bad faith" actions that have the platform irreparable harm and "wreaked havoc" on its stock price.

Elon Musk has informed Twitter that he's terminating a deal to buy the social media giant. A law firm representing the Tesla CEO sent a letter to Twitter, alleging that it appears "to have made false and misleading representations" when Musk agreed to buy the company on April 25 and has "breached" multiple provisions of the initial agreement. The announcement from Musk comes after a months long feud over how many spam and fake accounts are on Twitter, and the Tesla CEO requested that Twitter provide details supporting its internal estimate that less than 5% of the platform's accounts are spam or fake. Twitter board of directors Chairman Bret Taylor responded to the letter, stating that it plans to pursue legal action to enforce the merger agreement between Musk. "The Twitter Board is committed to closing the transaction on the price and terms agreed upon with Mr. Musk and plans to pursue legal action to enforce the merger agreement. We are confident we will prevail in the Delaware Court of Chancery," Taylor said.

Musk pledged in April to pay $54.20 a share for Twitter, which agreed to those terms after reversing its initial opposition to the deal. But the two sides have been bracing for a legal fight since the billionaire said a week ago that he was backing away from his agreement to buy the company.

In a filing with the Delaware Court of Chancery on Friday, Musk's lawyers accused Twitter of withholding information about fake accounts and of creating delays, providing evasive responses and putting up technical obstacles. The filing also disputed Twitter's request for an expedited trial, claiming that it would take months to obtain information from Twitter and to depose numerous witnesses on the subject of fake accounts.

The filing repeated several other accusations Musk has lodged previously, including the claim that Twitter violated the acquisition agreement when it fired two high-level managers without first informing Musk.

Musk has 20 days from when Twitter filed his lawsuit against him, to file his own counterclaims. The first hearing is scheduled for Tuesday. Twitter’s legal team wants a four-day trial starting in September, while Musk is pushing for a later court date.

Delaware Court of Chancery chancellor Kathaleen McCormick is expected to weigh Twitter’s request for an expedited trial. McCormick would also hear Musk’s countersuit were his legal team to file one.

The Associated Press contributed to this report. Read more of this story on FOX Business.