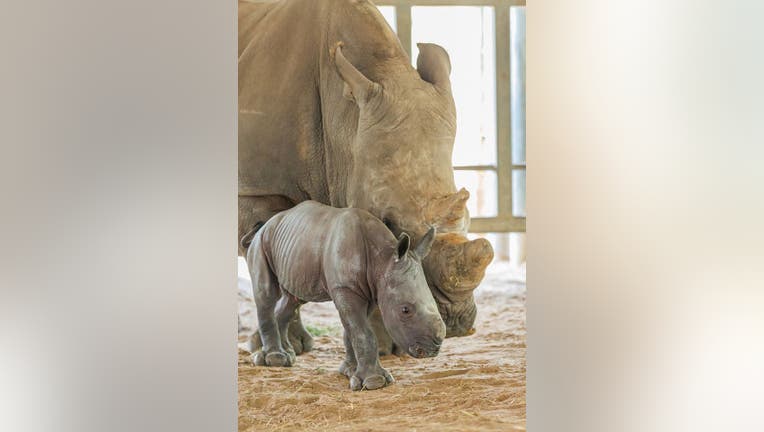 TAMPA, Fla. - Zookeepers at a Tampa facility are introducing a southern white rhino calf to the world.

ZooTampa at Lowry Park announced the birth of the calf Friday morning. The young rhino was born on January 16 and is being cared for by her mother, Kidogo. It has not been named yet.

This is the seventh white rhino born at ZooTampa and is part of the Species Survival Plan.

The majority of the species live in four African countries: Kenya, Namibia, South Africa and Zimbabwe. Zoo officials said the rhinos have been killed in record numbers by poachers due to the high demand for keratin, which is a protein found in its horn, believed to have medicinal properties.

Kidigo and her yet-to-be-named baby can be seen by park guests who take the tram ride in the African section of ZooTampa.