ENGLEWOOD, FLA. - Sarasota County residents are left to salvage what they can from their homes Thursday, especially in the southern part of the county where Hurricane Ian hit hardest.

"The roof right up here, that got demolished. There were some shutters here. They’re all gone," said Cathy Richard, who lives in Englewood at Alameda Isles.

She evacuated a manufactured home community with her family ahead of the hurricane. "I thought for sure it would be okay in Englewood, but nope, no, total devastation."

The storm ripped through Englewood in Sarasota County on Wednesday, forcing people who stayed in their homes to do what they could to stay safe.

"The noise was so loud you guys. It was so loud all night. It just went on forever and ever. It just didn’t stop," said Terry Matis, an Englewood resident who sheltered in place during the storm. "We were just thinking closet, closet, closet. [We were] just scared. My mother, my father, my brother-in-law, my sister and two dogs were in a closet from like noon until finally midnight it was over. It was silent."

Now that Ian has moved on, the hard part of rebuilding begins. 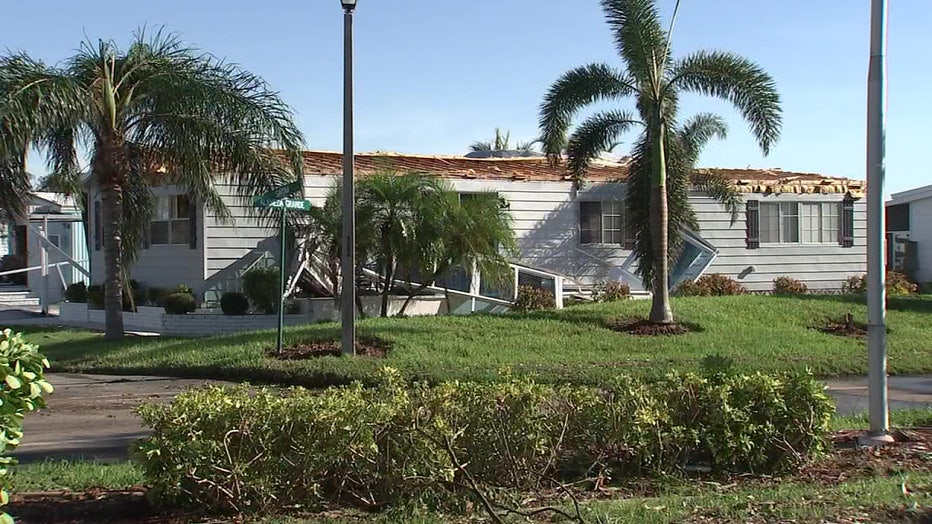 Hurricane Ian ripped through Englewood in Sarasota County on Wednesday.

"I was crying. I just couldn’t believe what I saw. I’ve never been through anything like this before in my life," said Richard.

Some neighborhoods remain flooded, and some roads are covered by water making them impassable.  Thousands of residents are still without power, plus water and sewer systems need repairs around the county.

"Just to put things into perspective, I was around in 2004 when Charlie hit Charlotte County, they spent weeks doing this," said Mike Mylett, the director of Sarasota County Public Utilities. "All I can ask people is to remain patient. Like we said, this is going to take some time. There’s 500,000 people living in this community, and there’s about 300 utility workers trying to provide them water and sewer service." 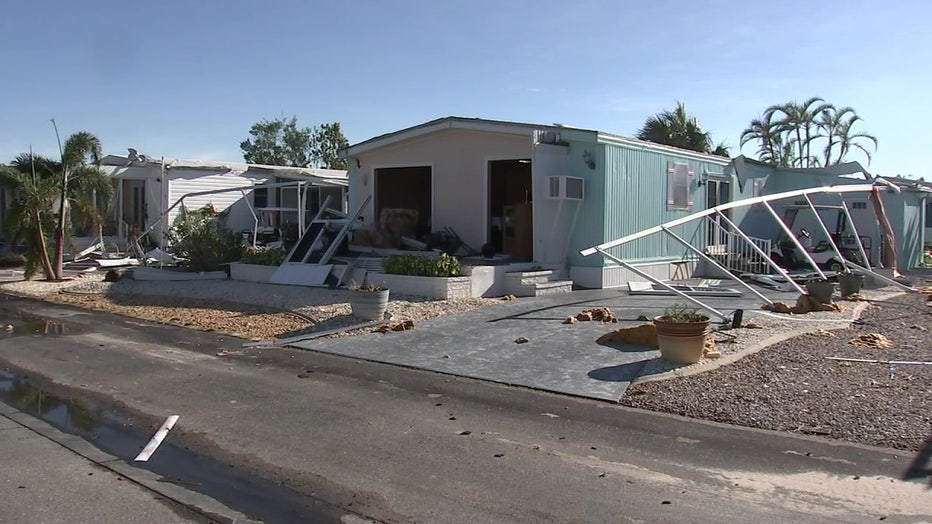 Englewood residents who evacuated returned home on Thursday to survey the damage caused by Hurricane Ian.

A lot of work remains, but some call themselves lucky now that the storms over.

"It’s not a total disaster. It’s still livable. You know it’s still in one piece," said Richard of her mother’s home where she’s living. "Things can be replaced but lives can’t."