TAMPA, Fla. - A coalition of environmental groups in Florida put together a progress report on the state’s effort to reduce toxic algae blooms. Advocates said the state is failing to implement enough recommendations three years into the governor’s special taskforce to address the issue.

Florida Conservation Voters, Save the Manatee Club and other environmental organizations looked at the 2019 recommendations from Governor Ron DeSantis’ blue-green algae taskforce to reduce harmful algae blooms. As of August, the report said the state implemented just 12.5% of them.

"We wanted to put it together to draw attention to the fact that the legislature has not been effective in implementing those recommendations, and we are seeing less progress in that direction than we would have hoped to in the last three years," said Kim Dinkins, a senior conservation associate with Save the Manatee Club.

Advocates in the groups said they are frustrated by the state legislature and don’t think lawmakers are doing enough to change the water quality problem.

"We've had a lot of additional funding placed toward water quality projects, and that has been very helpful," said Dinkins. "And I think that there has been a perception perhaps that putting money towards the problem is as good as changing the policies that are behind them."

On Thursday the Florida Department of Environmental Protection sent FOX13 a detailed statement responding to the report, saying it is "based on information that has been misinterpreted or misrepresented and, as a result, it reaches an inaccurate conclusion regarding the status of implementation of the task force’s recommendations." 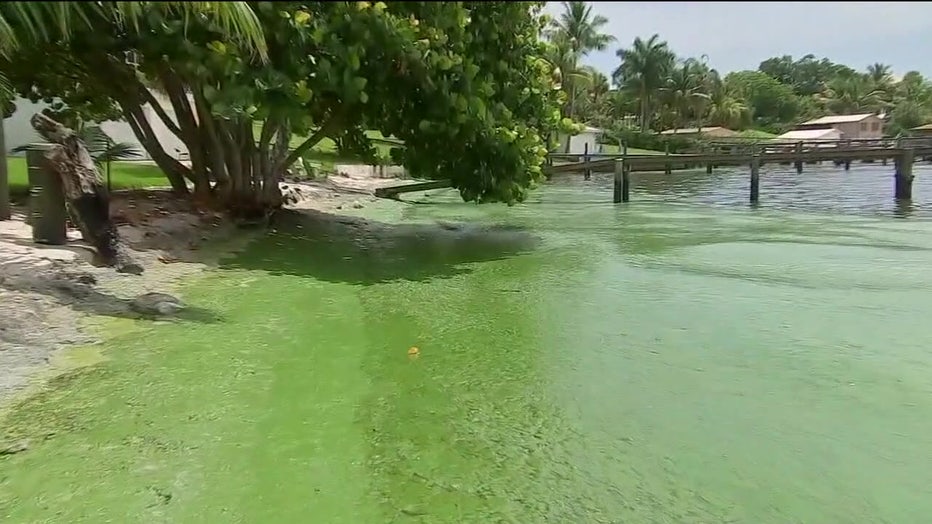 A spokesperson from DEP said in the emailed statement in part, "Most of the task force’s recommendations have been addressed through the passage of the Clean Waterways Act." DEP went on to say, "We are also funding projects that tackle pollutant sources at several stages—like expanding capacity at a wastewater treatment facility, increasing capacity or installing new force mains, or running lateral lines down streets for connection."

During an August 4 meeting, Florida DEP staff members updated the blue-green algae taskforce on its work.

"Over the last four years $93.2 million in state funds has been invested in scientific solutions designed to better address nutrient pollution and harmful algal blooms," said Adam Blalock, the deputy secretary for ecosystems restoration at DEP. "This included $43.2 million to improve water quality enhancement and accountability and implement the recommendations of the taskforce."

But the environmental groups behind the report said the work doesn’t go far enough.

"Throwing money at this problem for quick fixes or quick cleanups is not going to really solve it," said Aliki Moncrief, the executive director for Florida Conservation Voters. "So my take home, just from the brief highlights of the task force meeting last week, what my take home is really we need to be preventing this pollution from getting into the water in the first place." 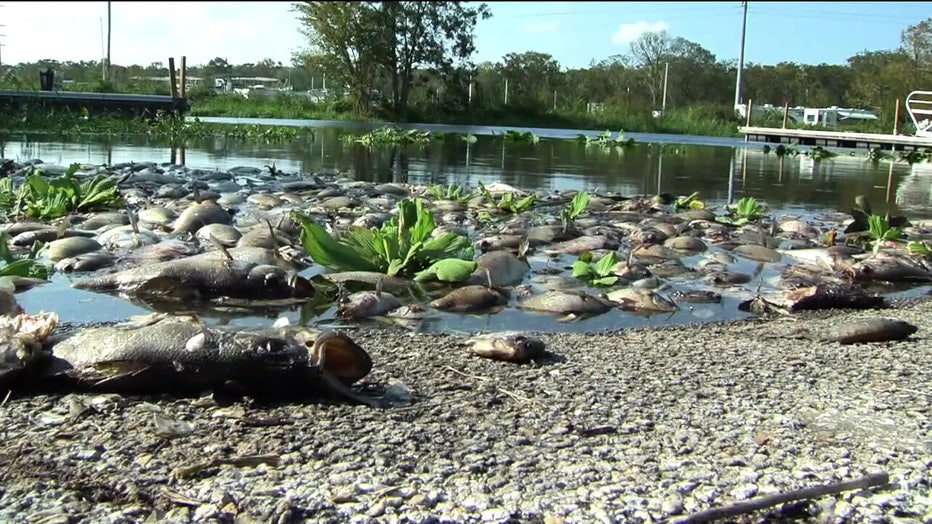 "So it's frustrating because we know what the solutions are," said Moncrief. "Some of them are very simple, like reinstate the septic inspection program. We used to have one. We should have it again."

DEP said there’s more work to do, but the state is in a good spot to move forward. Advocates said the environment needs better results sooner.

The state said it put millions of dollars toward innovative technologies to mitigate toxic algae blooms. But the scientists on the taskforce said during the August meeting that they want to know how well it works and measure the progress. The taskforce members said they want to hold a best practices workshop next spring to see what works and what agencies learned in the last four years.