TAMPA, Fla. - As the remnants of Eta moved back over Caribbean waters, confidence is high that the storm will move northeast towards Cuba this weekend. After that, Eta will eventually west, but it's unclear when it will make that turn.

"Don't be surprised, in the second half of the weekend, we run into some shower activity, but today and tomorrow, not much going on," said FOX 13's meteorologist Dave Osterberg.

Tropical depression Eta returned to the Caribbean Sea, as expected, with a low-level center, he explained.

"What's happening now is you're beginning to see a lot of convection fire up right around where that center is," Osterberg said. "It's going to start to move northeastward then take an abrupt halt this weekend, slow down, and then move back to the west." 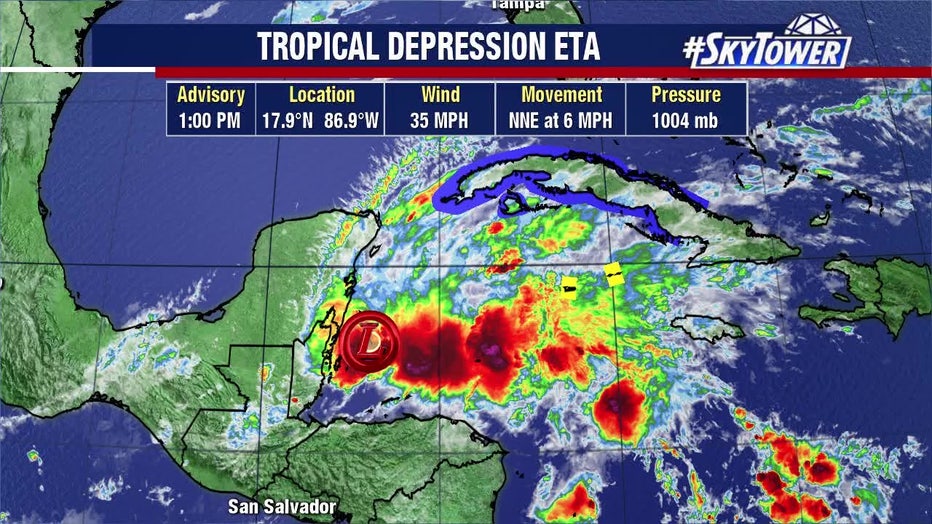 He said it sounds like a "funky movement," but the reason is because an area of high pressure building in the Atlantic will move south.

The million-dollar question is: Where in the Gulf does it hangout for a couple of days?

"Is it real close to the coast near us? Or is it down off the northwest coast of Cuba," Osterberg said. "That's makes a big difference as we play things out early next week. The good news is we got the weekend to wait and watch and you can keep checking back with us. I don't think the impacts will be felt here over the weekend."

It will be days before the true toll of Eta is known in Central America. Its torrential rains battered economies already strangled by the COVID-19 pandemic, took all from those who had little and laid bare the shortcomings of governments unable to aid their citizens and pleading for international assistance. 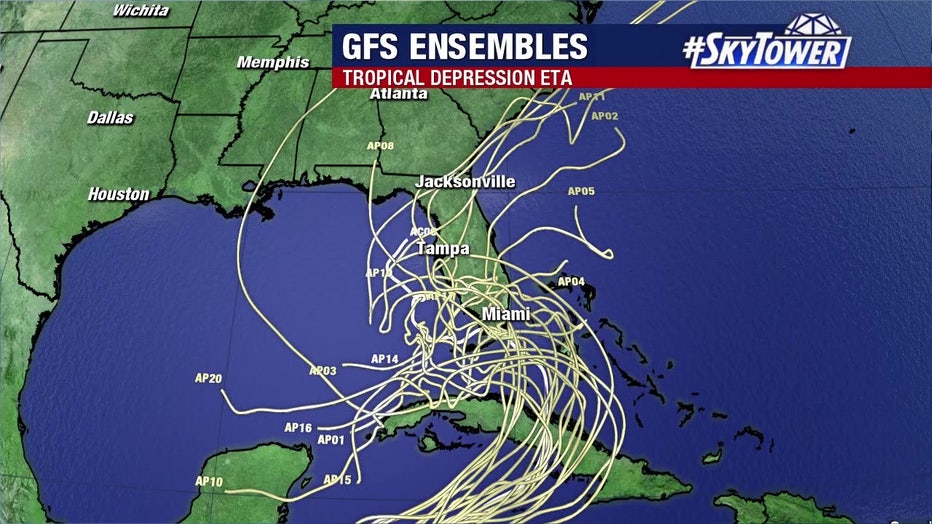 Shortly after Honduran President Juan Orlando Hernández asked neighboring Guatemala for help rescuing residents stranded near their shared border Thursday, Guatemalan President Alejandro Giammattei said at least 50 people had been killed in landslides in his own country, most of them in a remote town rescuers struggled to reach. Guatemala’s national emergency agency later said only that at least 50 people were missing in San Cristobal Verapaz. 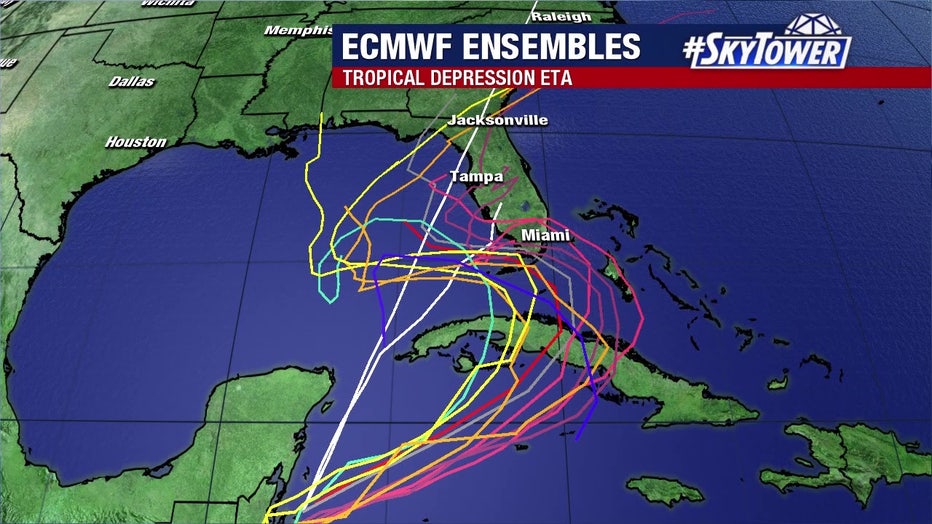 The U.S. National Hurricane Center forecast that parts of Nicaragua and Honduras could receive 15 to 25 inches (380 to 635 millimeters) of rain, with 40 inches (1,000 millimeters) possible in some isolated parts.

Eta will be so big, wet and messy that it doesn’t have to make landfall in already rain-soaked South Florida to cause a mess,  said Colorado State University hurricane researcher Phil Klotzbach.