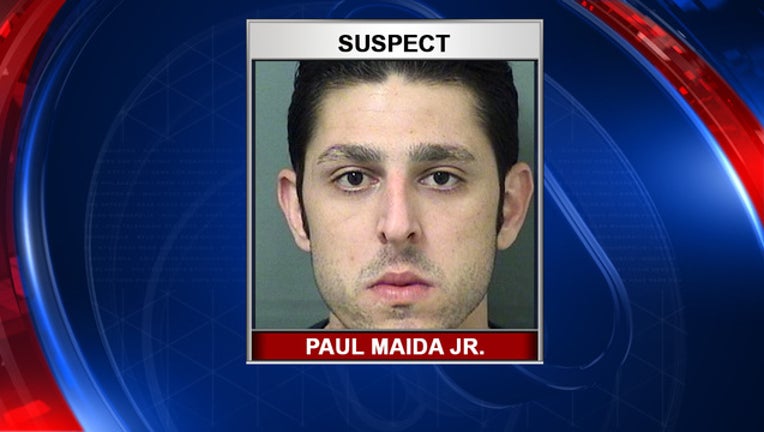 WEST PALM BEACH, Fla. (AP) - A Florida man is back in jail after clicking "like" on a Facebook photo posted by a witness in a case against him.

The SunSentinel reports that West Palm Beach judge Krista Marx revoked Paul Maida Jr.'s bond Wednesday, saying he violated a court order to avoid any contact with his ex-girlfriend Bianca Fichtel by liking a photo on her Facebook page earlier this month.

Assistant State Attorney Laura Laurie says Fichtel is a key prosecution witness in the DUI manslaughter case against Maida. Maida, 31, is accused of leaving the scene of a Boca Raton crash that killed 65-year-old bicyclist George Morreale in April 2014.

Maida, who had been on house arrest, must now remain in the Palm Beach County Jail until his case is resolved.