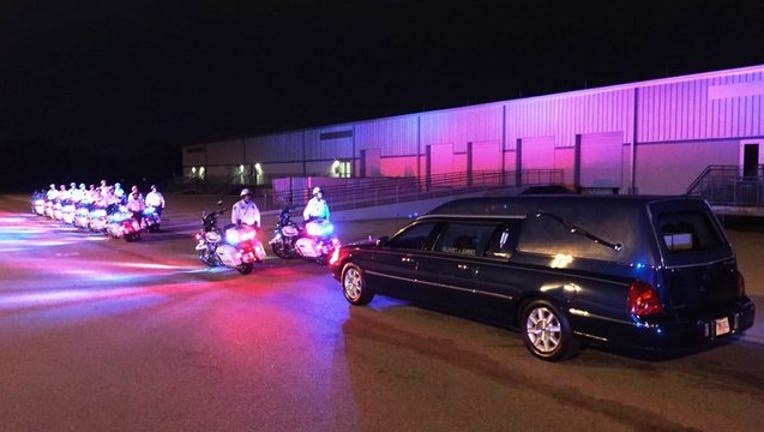 TAMPA (FOX 13) - It was an emotional goodbye at the Tampa International Airport Sunday morning as the body of Deputy John Kotfila Jr. was flown back to his home state.

Kotfila died on Saturday, March 12 after his patrol car was struck head-on by a wrong-way driver on the Selmon Expressway. The wrong-way driver, Eric McBeth, also died in the crash.

The Hillsborough County Sheriff's Office's Honor Guard escorted a hearse carrying Kotfila's body as it drove onto the tarmac at the airport.

Kotfila comes from a family of law enforcement officers. He will be buried in Massachusetts.