Six baby sloths are joining the family at the Indianapolis Zoo after they were rescued in Panama.

CINCINNATI - An Indiana-based family is hoping the Cincinnati Zoo will name a soon-to-be newborn sloth after their late son who died earlier this year in the nearby Cincinnati Children’s Hospital.

Alyssa Nicholson and her husband, Alex Nicholson, from Lawrenceburg, created a petition on change.org called "Name the baby sloth after Oliver" earlier this month in honor of their little boy, Oliver. 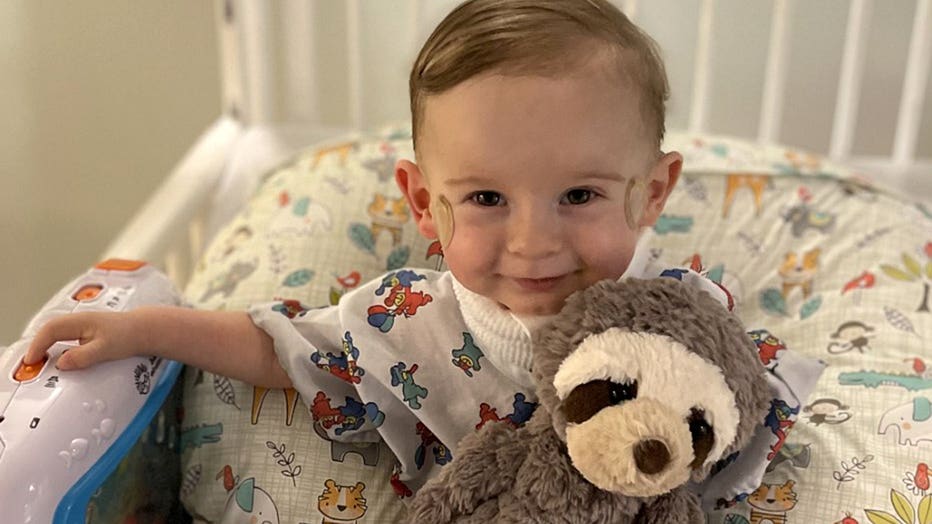 An Indiana family hopes the Cincinnati Zoo will name its newborn sloth after their late son, Oliver (above). (Credit: Alex Nicholson)

Oliver and his twin brother, Atticus, were born prematurely in October 2019. Oliver had surgery in January to connect his esophagus and his stomach. His mom and dad got him a toy sloth during his recovery and discovered the stuffed animal with two toes resembled their baby boy.

"He adored that sloth stuffed animal. He would sleep with him every night. We had a giant ‘hang in there’ sloth balloon in his hospital room, all of the nurses loved it," Alex told FOX News, adding, "He was always so calm, and so patient; and so happy to be here."

Oliver died after undergoing a routine procedure to check his esophagus led to bleeding around his heart and he was unable to recover.

During Oliver’s funeral, loved ones who knew how much baby Oliver loved his toy sloth told his family that the sloth at the Cincinnati zoo was pregnant and perhaps could be named in Oliver's memory.

"Everyone was saying it was a sign and speculating that it would be named after Oliver. We later found out that Lightning was a two-toed sloth which sort of resembled Oliver’s one hand with only two fingers. We had his ‘hang in there’ balloon above him and buried him with a lovey sloth," the change.org petition says. 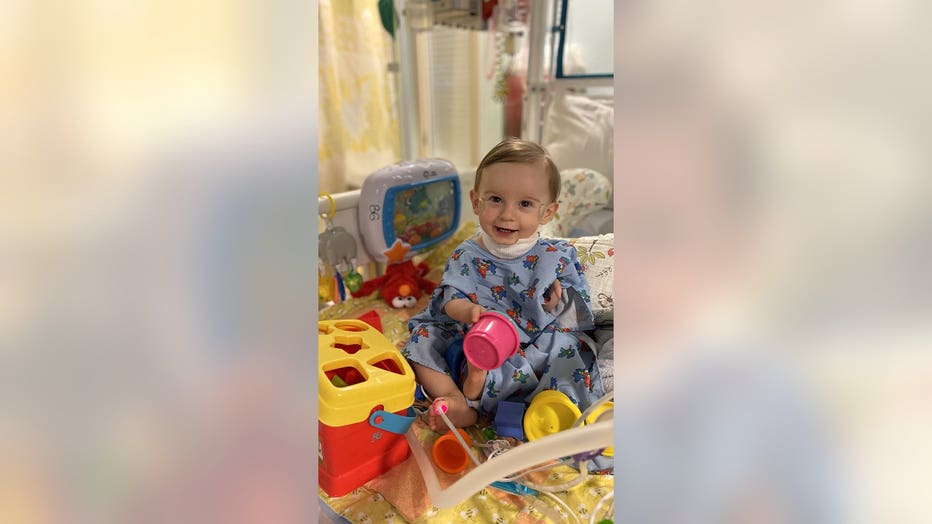 "It just seemed like a pretty crazy coincidence. He loved his stuffed sloth. That’s where it sparked the idea," Alex explained of the inspiration behind the petition. "We said, ‘how do we continue Oliver’s legacy?’ By spreading awareness about his condition."

"He was here for 16 months, he left us very soon and he left me with more life lessons than I could have ever taught him – it had to be so that I could help others I think that’s how we feel," Alex added.

Alex said he and his wife have not been directly contacted by the zoo, though a spokesperson for the Cincinnati Zoo said it plans to discuss names when the baby sloth is born in the coming weeks.

"We are aware of the petition and Oliver’s sad and sweet story," Michelle Curley, a spokeswoman for the Cincinnati Zoo, told FOX News in an email.