TEMPLE TERRACE (FOX 13) - This Christmas will be the first in nearly 40 years that the Taylor family won't celebrate in their Oakland Drive home after it was destroyed by an early morning fire.

Yet the house and the presents under the tree seem like an easy loss compared to what could have happened.

Mark Wheeler's parents didn't wake to the smoke alarms when the fire broke out at the home near Temple Terrace. His father is hard of hearing and his mother is a sound sleeper.

But Wheeler, who lives a few doors down the street from the home in which he grew up, was already awake.

"I'm just sitting out back having coffee and I heard a popping noise," he said. "I went to the edge of my screen porch and looked down and saw flames in my parents carport."

He told his wife to call the house, then call 911.

"I ran down and started beating on the door. Then the flames started getting more and more intense. Finally, my mother opened the door up," Wheeler said. He then went inside, grabbed the dog, and helped his parents walk out the door.

"When the crews arrived on scene, half of the home was actually involved. There were flames through the roof," said Hillsborough County Fire spokeswoman Nacole Revette.

The family watched from across the street as the home burned.

"They bought it my sophomore year at Chamberlain, 1976. So, we were raised in it - a lot of memories - the grandkids, the kids," Wheeler said.

Wheeler says he doesn't want to think about what would have happened if he hadn't been awake, drinking coffee on the porch, when the fire started.

"Maybe God is a sailor," said Wheeler, who was in the Navy. "He was just smiling down on us ... He helps people."

No one was injured, and fire crews managed to prevent the homes on either side from catching fire.

Fire investigators are still trying to figure out what caused the fire. 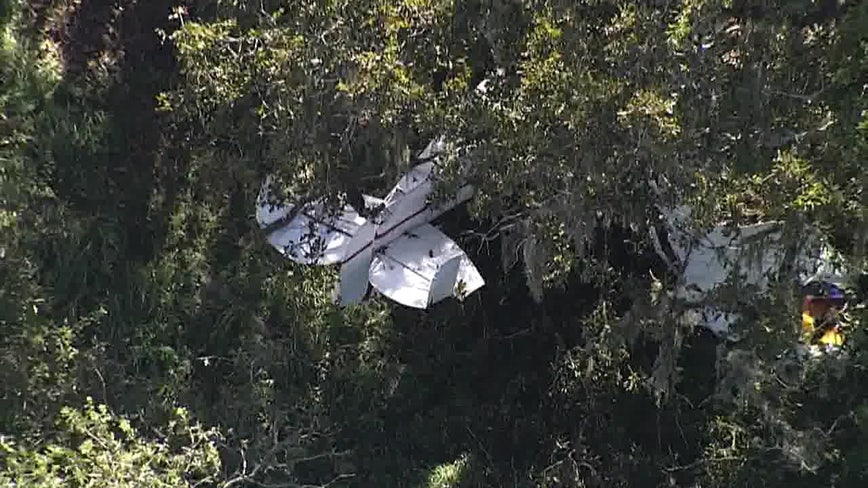