It’s the second unthinkable accident to happen at this address. In 2015, a 2-year-old girl was mistakenly run over on the property and killed after falling out of a moving mini-van. That little girl shared the same mother as the 2-year-old boy who was hit and killed, apparently by accident, Tuesday night.

PLANT CITY, Fla. - A Plant City family is in shock after a child died on their property Tuesday night.

It appears to be the second unthinkable accident at this address. In 2015, a 2-year-old girl was mistakenly run over and killed after falling out of a moving minivan, driven by her great grandmother. That little girl, Izabella, shared the same mother as the 2-year-old boy who was hit and killed, apparently by accident, Tuesday night.

The Hillsborough County Sheriff's Office said 2-year-old Joshua Bronson was run-over by his mother while she and the boy’s grandmother were driving her SUV, testing its transmission, on the private dirt road on their property in Plant City. The toddler was pronounced dead at the hospital.

At this point, investigators believe this was accidental.

“The vehicle began to stall on them, so the mother reversed the vehicle, drove forward and then reversed again.  At some point during that process they realized the child had gotten out of the house,” said Hillsborough County Sheriff’s spokesperson Crystal Clark.

PREVIOUS: HCSO: Mother ran over child she didn't know was outside

Jenna Faircloth said the sudden loss of her nephew has given her panic attacks.

“I cried so much, I can’t cry anymore,” Faircloth said. “It has happened to us twice in five years and it’s so hard.” 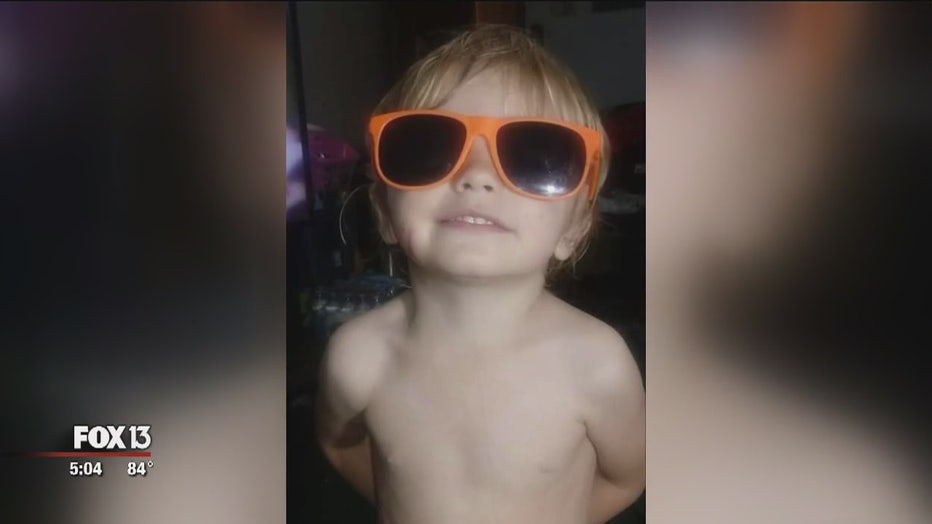 Joshua Bronson died after being run over by the SUV his mother was driving. (Provided)

“We just try to always drill home to families that you have to be extremely cautious whenever you have children out in the yard when you’re vehicles are running,” said Clark.

So far, no charges have been filed.