(FOX 13) - The Food and Drug Administration launched an ad campaign Tuesday aiming to scare children away from e-cigarettes just a week after calling youth vaping an epidemic.

The FDA will target middle schools and high schools with bathroom posters, and teens will even see targeted ads on social media when they go on school property.

The videos include vivid images of blood vessels popping on teens with the help of special effects paired with dramatic brain and lung damage.

"A lot of people in my high school vape. You walk into the bathroom, and there's going to be at least 15 people doing it," said Destiny Achey, a high school student.

More than 2 million middle and high school children use e-cigarettes, according to a new study. After reviewing the alarming numbers, the FDA decided to target more than 10 million students from ages 12 to 17 in the campaign.

"One of the things they are very concerned about is the nicotine's effect on the developing brain," said Dr. Joette Giovinco, FOX 13's medical reporter.

Dr. Giovinco said many teens don't understand how much damage vaping can cause.

"Some of vaping liquids contain large amounts of nicotine. One little module of e-liquid contains the same amount of nicotine as a package of cigarettes," Giovinco said.

Parents with middle school-aged kids said the graphic videos may have an impact.

"When I took driver's ed, they would show you these horrible car crash accidents. They would even show you decapitated bodies, and you'd walk out of there and think 'I'm so not speeding,'" said Kate Hazelwood, whose daughter is in middle school. "So, yeah, the grosser you can make it the better,"

But some students who see their friends use e-cigs are skeptical.

"Unless something really bad happens like one of us dies, then something might change. But until then, I doubt they are going to listen or care," said Achey.

The videos will also pop up on platforms used to check grades or sports scores, and educational packets on vaping will go out to teachers and administrators across the country to try and educate teens. 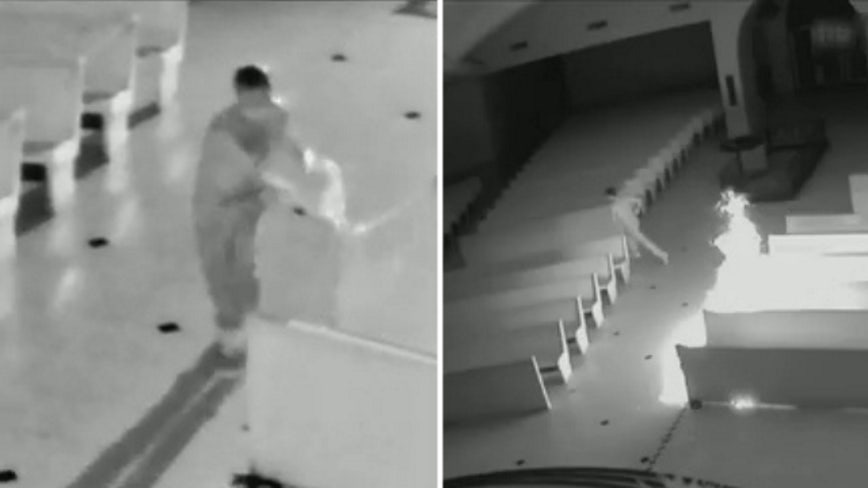