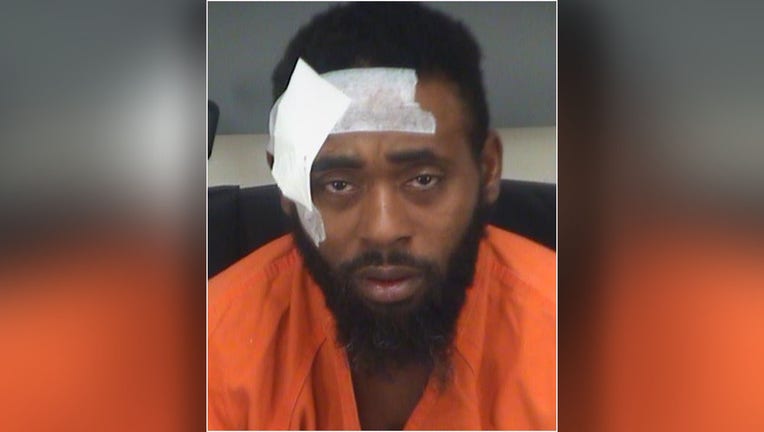 ST. PETERSBURG, Fla. - Rashad Cutler, 38, was taken into custody Saturday afternoon after troopers say he jumped into the water off Gandy Blvd. and swam to a nearby island while fleeing from law enforcement.

According to the Florida Highway Patrol, a trooper tried to pull Cutler over on Gandy Blvd. for having a tinted windshield. The trooper says Cutler turned into a parking lot with a dead-end, got out of the car and began to run away.

The trooper chased Cutler westbound down the sidewalk on Gandy Blvd. until he jumped the fence at a yacht sales shop and then jumped into the water, according to FHP.

According to FHP, Cutler, stayed around the dock for a while, and then the trooper, along with officers from the Pinellas Park Police Department, tried to help him out of the water with rafts and ladders. However, troopers say Cutler refused to take the rafts that were being thrown in his direction and started swimming into deeper water.

The K-9 from the Pinellas County Sheriff’s Office also helped search for Cutler who was spotted hiding under tree roots on the island. According to FHP, Cutler tried to flee again but was tased and taken into custody by FWC.

Cutler was taken to Bayfront Medical Center as a precaution because of the amount of time he spent in cold water.

Troopers say they found thousands of blank and fraudulent checks, a different driver’s license, a Walmart price maker, blank check papers and a check printer inside of his car.

Cutler also had a warrant out for his arrest for failure to appear and resisting arrest without violence. He also has a history of unauthorized use of a driver’s license.