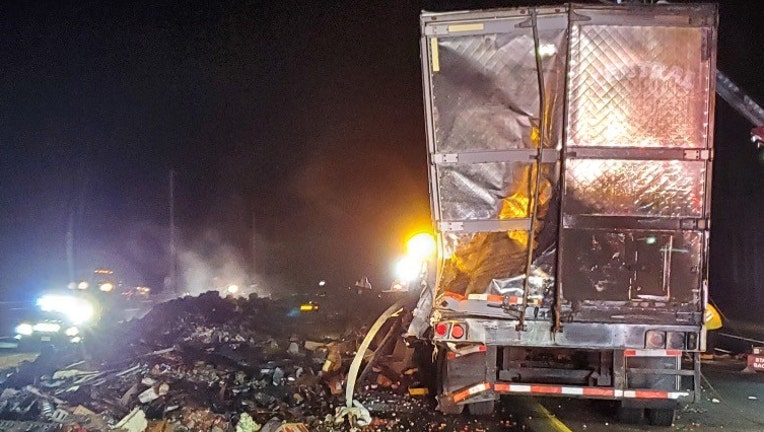 BROOKSVILLE, Fla. - The Northbound lanes of I-75 were shut down early Friday morning after the driver of a semi-trailer fell asleep and the vehicle hit the median, rolled onto its side and caught fire, according to the Florida Highway Patrol.

Troopers said the driver claimed to have suffered a blown tire, but the accident investigator determined that the driver fell asleep at the wheel and said all of the tires were intact. 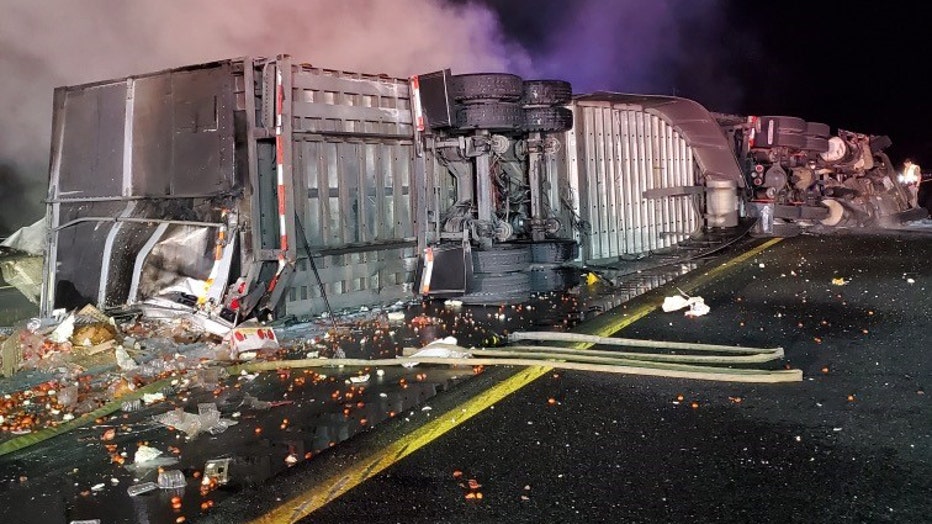 According to the FHP, a driver traveling Southbound on I-75 was unable to see due to smoke from the crash and struck the guardrail.

The Department of Environmental Protection was on the scene to mitigate clean-up efforts because approximately 150 gallons of diesel fuel from the fuel tank leaked onto the roadway, according to the FHP. 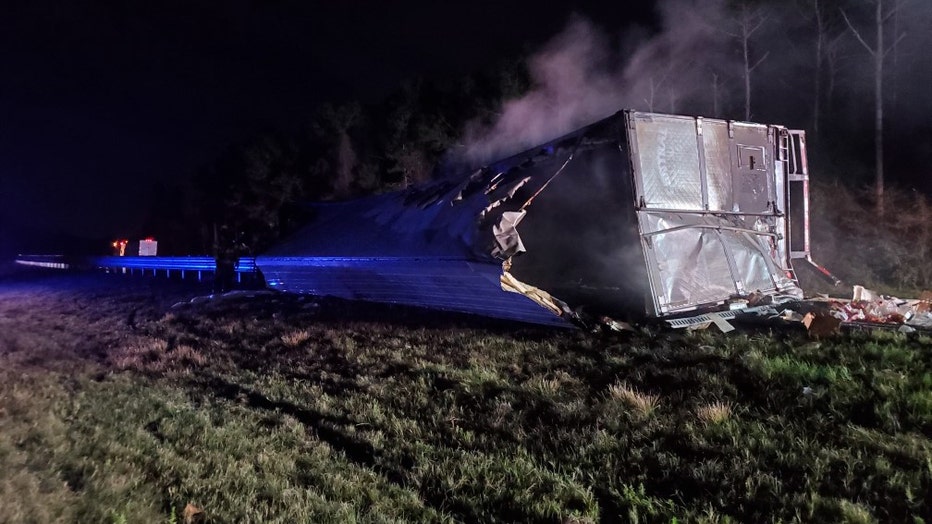 Troopers said the driver of the truck was not injured, but he has been charged with careless driving-driver fatigue.

It took about seven hours for all lanes of I-75 to reopen.