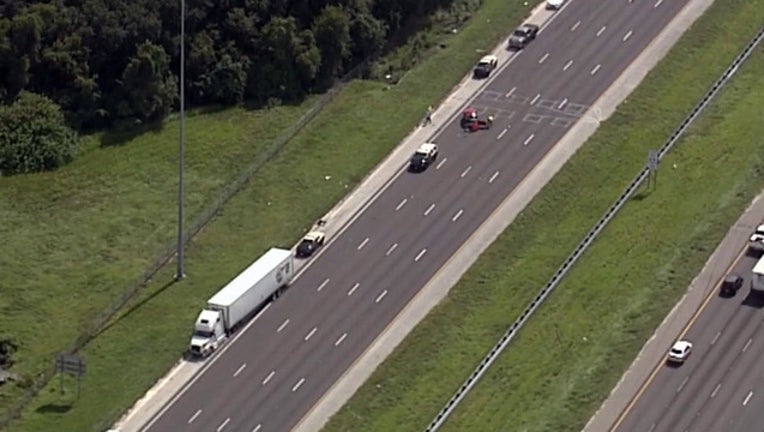 TAMPA (FOX 13) - Troopers say a speeding driver lost control of his car along Interstate 4 this afternoon and died after being hit by a tractor-trailer.

According to the FHP accident report, the 32-year-old man -- whose name has not yet been released -- was driving "at a high rate of speed" in the eastbound lanes just east of Tampa.  He lost control of his Saturn sedan and swerved into the median, then back into traffic.

The Saturn hit another vehicle, then spun into the path of a tractor-trailer, which slammed into him not far from the state fairgrounds.

The driver of the Saturn was taken to Tampa General Hospital, where he died.

Eastbound traffic, meanwhile, was routed onto MLK Boulevard, but all lanes had reopened just after 5 p.m.