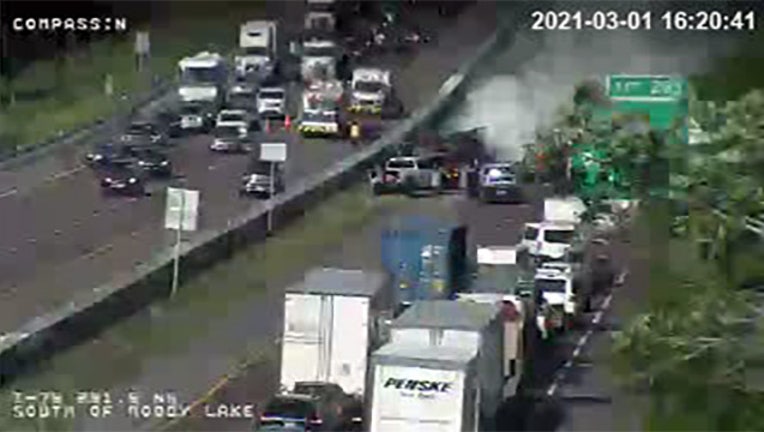 DADE CITY, Fla. - A crash involving a recreational vehicle has closed some northbound lanes of Interstate 75 in the Dade City area.

According to Pasco Fire Rescue, the scene of the crash is along I-75 near the Blanton Road exit. An RV rolled over in the crash and caught fire; the interstate's northbound lanes were closed while firefighters extinguished the flames.

One lane has since reopened.

Firefighters say one person is being evaluated for injuries. 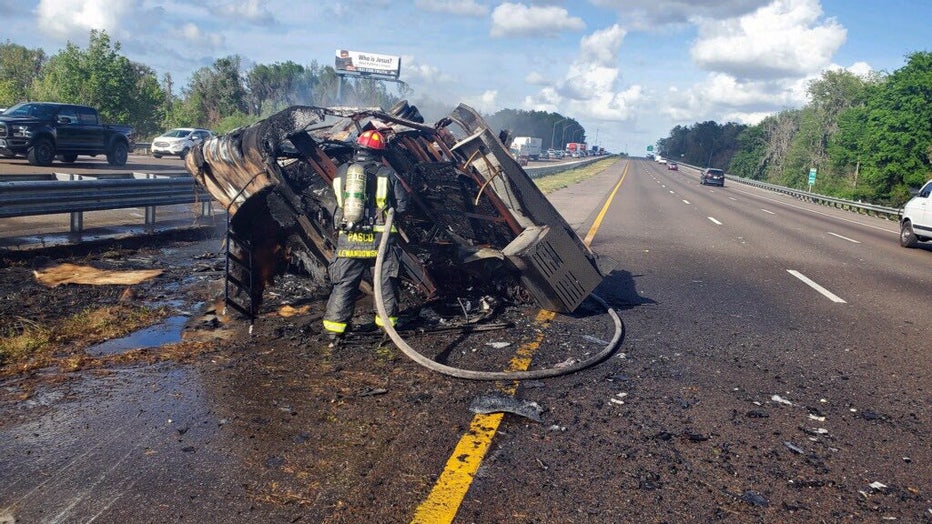