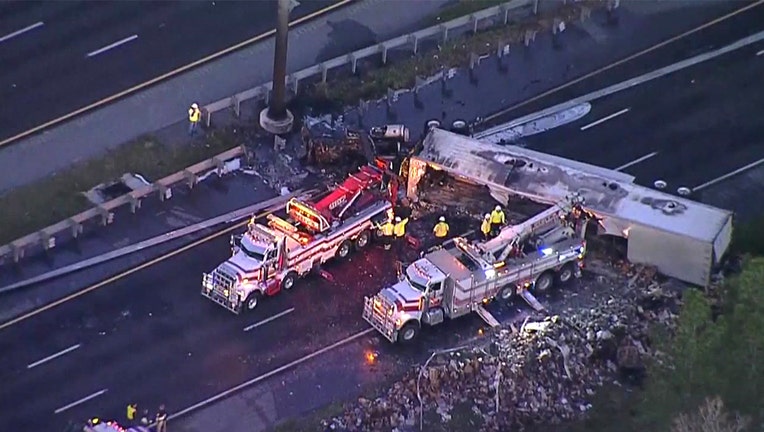 BROOKSVILLE, Fla. - A scorched semi-truck was removed from a major highway following a traffic crash.

The northbound lanes of Interstate 75 in Brooksville near State Road 50 were shut down for nearly six hours Tuesday, but has since reopened to traffic.

The crash occurred around 3:30 a.m. Florida Highway Patrol troopers said a red Mercedes C250 was disabled, with no lights on, in the southbound center lane of I-75 because of a crash that just occurred. The tractor-trailer was heading southbound in the center lane and the driver did not see the Mercedes ahead. As a result, officials said the front of the semi struck the rear of the Mercedes.

The Mercedes was propelled southwest and ended up in the grassy shoulder of the highway. Troopers said the driver of the semi-truck lost control of the vehicle, which began heading southeast and crashed into the guardrail. Officials said the tractor-trailer ended up in the northbound lanes.

Florida Highway Patrol troopers say the 18-wheeler flipped and caught fire. The view from SkyFOX showed the overturned semi with debris scattered on the side of the road.

The driver of the semi-truck was able to exit the vehicle on his own and had minor injuries, according to Hernando County Fire Rescue. He was taken to Bayfront Health Brooksville.

The driver of the Mercedes was taken to a nearby hospital and is expected to be OK. 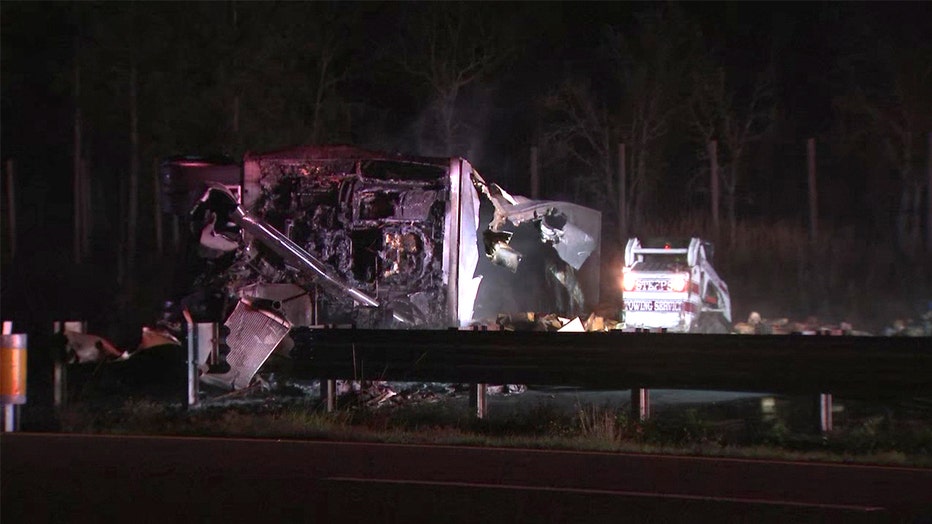