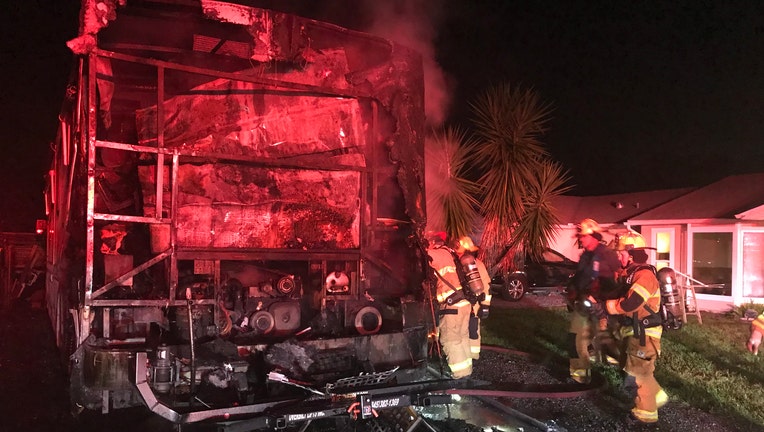 WEEKI WACHEE, Fla. - A Weeki Wachee motorhome is a complete loss after it caught fire Friday night, according to Hernando County Fire and Emergency Services.

Firefighters say when they arrived on the scene they found heavy smoke and fire in the engine area of the motorhome and it was rapidly spreading. The fire was put out by 8:05 p.m., but the motorhome suffered extensive damage and is considered to be a total loss.

According to HCFES, the occupants heard an ‘explosion sound’ from the driveway and when they went to investigate the sound, they found the motorhome on fire.

The cause and origin of the fire are under investigation by the State Fire Marshall’s Office.