Resuloska said tenants at his rental property threw used fireworks into a trash can in front of the garage. It started a fire, which quickly spread to the attic, causing thousands of dollars in damage.

"They threw them in here, it caught a flame. That whole thing torched," he said, pointing to the eave on the front of his home. "You don't put fireworks in a trash can, you know what I'm saying? It doesn't make sense."

"A lot of time, those embers can stay hidden the more you compact them, especially in a garbage can. They are going to continue to build up that heat until they start smoldering and start a fire," he said.

He says you should put fireworks in water before throwing them away. 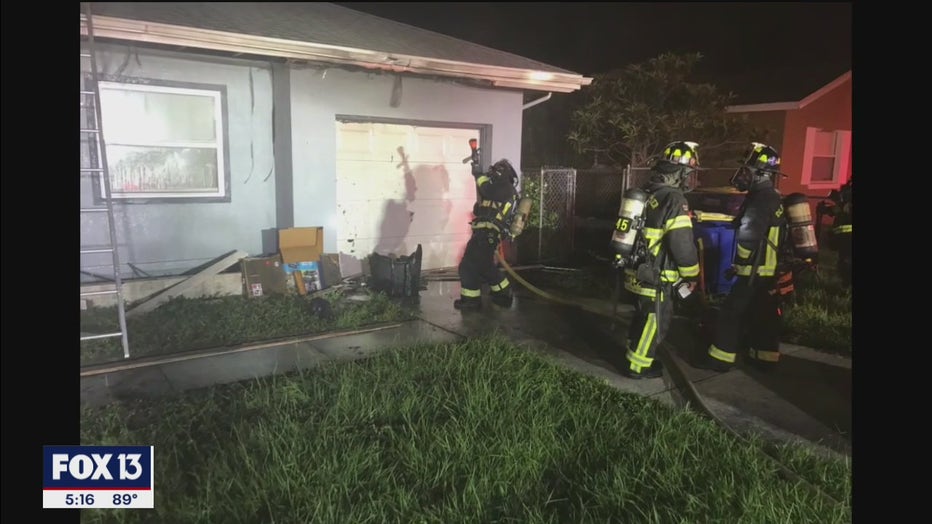 Clearwater Fire Rescue fought another fire over the weekend which started the same way. A third fire ignited when nearby fireworks debris landed on someone's roof. No one was injured in any of the fires.

He is talking to contractors to get his home repaired. He did not have insurance on the home.

Even with an apology from his tenant, Resuloska said there's no excuse for such carelessness.

"It's an accident if a tree falls on my house, but if you made a mistake and put fireworks in the trash can, that's not an accident," he said.