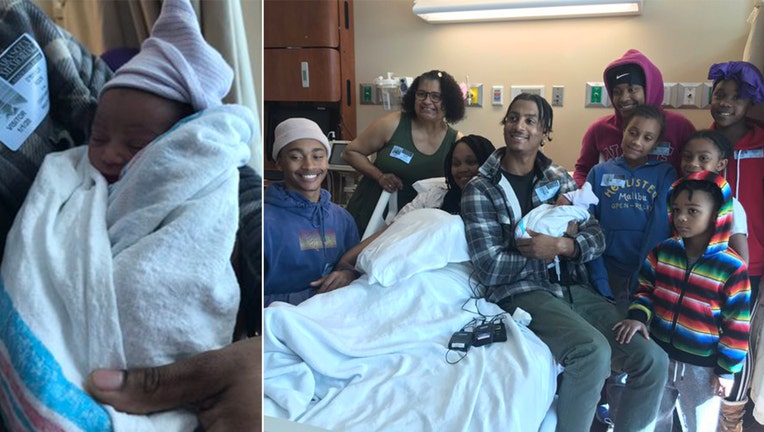 SARASOTA, Fla. - The first baby born in 2020 at Sarasota Memorial Hospital entered the world just a mere second after midnight.

Hospital officials said A’Lani Rock was born at 12:00:01 – and is healthy. Her mother, Geurtsie, was in labor for almost eight hours Tuesday before giving birth to her eighth child.

“Everyone was really excited,” said the father, D’Marus. “We usually spend time as a family on New Year’s Eve. This year, we were at the hospital, but are celebrating a new addition to our family.”

Together, along with the delivery team, Geurtsie and D’Marus, shared the exciting news during a call with A’Lani’s seven siblings – whose ages range from 5 to 20. They were staying at their grandparents.

“We really weren’t expecting a New Year’s baby, but just as the ball dropped, she was coming out,” Geurtsie said.

A’Lani was about two weeks shy of her actual due date. She weighed in at 4 pounds, 9 ounces, and was 18 inches at birth.