What to know about voting by mail in Florida

While the president has criticized voting by mail in other states, he says it’s safe and secure in Florida. As do Democrats and Republicans, as do election supervisors across the state. But there are some issues that can affect your vote – issues that did affect around 1.5 percent of the votes in the August primary.

TAMPA, Fla. - Election offices will start sending out Florida mail-in ballots on Thursday, and the state is already seeing a record surge in requests.

The New York Times launched a dashboard showing how the states’ ballot requests compare to those four years ago. In Florida more than 4.6 million have already requested mail ballots.

To put in perspective, 26% of all registered voters received mail ballots in 2016 and already 33% have requested ballots this year.

Florida leads the nation in requesting ballots, followed by the key swing states of Michigan and Pennsylvania. Ohio in fourth leans Republican, but it’s considered a swing state as well. 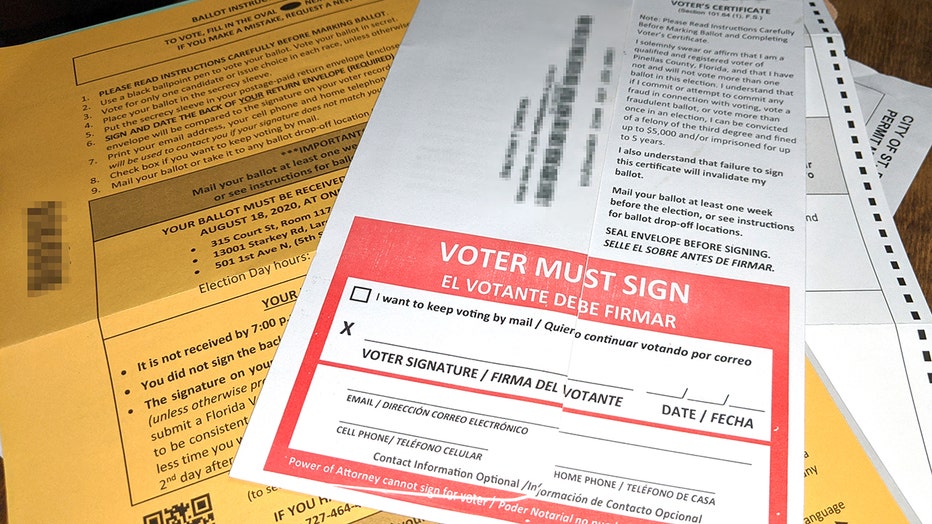 RELATED: Why your Florida mail-in ballot might get rejected

There is a sharp partisan split among voters who are requesting to vote by mail.

In Florida and the swing states of Pennsylvania, North Carolina, and Maine – where at least one electoral vote is up for grabs – far more Democrats are requesting mail ballots than Republicans.

President Trump’s frequent criticism of voting by mail appears to be driving that split, though he says it’s safe and secure in Florida.

This has the potential to produce misleading returns on election night, because it indicates the mail votes will skew Biden and the in-person votes on Election Day will skew Trump. And states count those ballots in different orders – meaning one candidate could run up a substantial lead early and still lose when all the votes come in.

Fact vs fiction: Vote-by-mail in Florida

More voters are casting ballots by mail so far in this month’s primary and a University of Florida poll shows more than 60-percent plan to vote by mail in the November election. But we ‘re getting a lot of questions about the process and concerns about security.

RELATED: Experts agree with politicians: Voting by mail in Florida is safe and secure

The last day to register to vote in Florida for this election is October 5.