When it was announced that Nikolas Cruz will plead guilty to all 17 murder charges stemming from the Parkland mass shooting, it had Maxwell Alejandro Frost reminiscing about that terrible day. He drove from Orlando to South Florida to meet with students and loved ones, and helped sparked the March for Our Lives movement.

Frost is a former March For Our Lives organizer seeking stricter gun control laws and has stressed opposition to restrictions on abortion rights. Generation Z generally refers to those born between the late 1990s to early 2010s. To become a member of Congress, candidates must be at least 25 years old.

Wimbish is a 72-year-old former Army Green Beret who called himself a "Christian, conservative, constitutionalist" candidate for office. 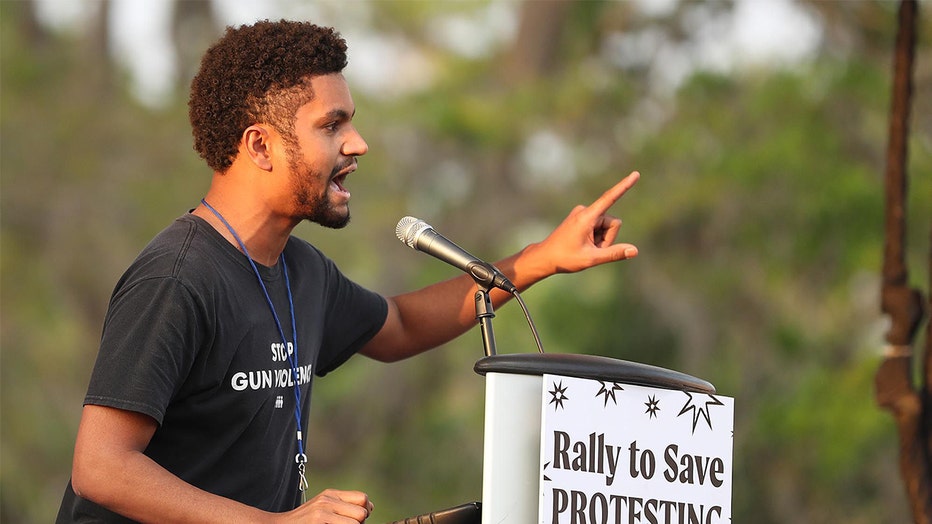 Frost is among at least six newcomers to the U.S. House of Representatives in Tuesday’s vote from Florida as Republicans try to take advantage of an aggressively redrawn congressional map spearheaded by Gov. Ron DeSantis.

In the wake of the 2020 census, DeSantis had ordered the GOP-controlled legislature to adopt a map devised to maximize Republican gains — vetoing the initial GOP-backed map which largely kept intact two seats held by Black Democratic members of Congress.

Heading into this election year, Republicans held 16 seats and Democrats represented 11 from Florida in the House. Florida is gaining a 28th seat due to population growth.