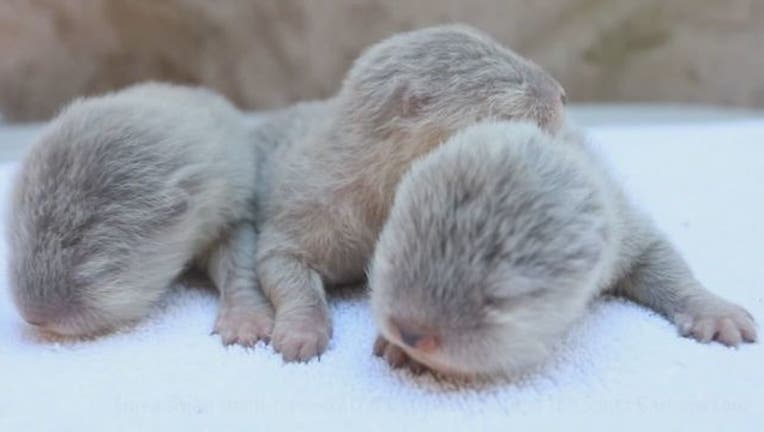 The three Asian small-clawed pups were born at the Santa Barbara Zoo and are not even a month old. In their debut video shared on the zoo’s Facebook page, animal care staff continue to check and weigh the two girls and one boy, who are all covered in winter snow-colored fur. The trio were born on October 7.

The zoo is happy to report they are “all looking healthy and strong.” Their parents Peeta and Gail are described as attentive and protective.

The pups will remain in their nesting area before they can become visible to the zoo’s public area. Officials have not reported whether they have been named yet.